Problem:
Even before the recession reduced the number of new project bids at Jensen Hughes, executives at the worldwide fire protection and security consulting firm wondered how to bring in more leads. Additionally, it wasn’t just enough to bring in more leads; Jensen Hughes wanted each of its offices to “own its backyard.” Jensen Hughes realized it needed to augment its existing client list with new clients — and that effort would require an aggressive business development plan.

Solution:
Interline approached RJA with a new sales-focused campaign: Project Safari. The Safari idea was borne from the idea of hunting for new business by introducing companies to Jensen Hughes during informal, 30-minute meetings. Interline’s proposal included finding the right sales professionals and setting in-person appointments for Jensen Hughes marketing people. Jensen Hughes decided to test the idea by assigning Interline to one of its U.S. offices. The objective for Interline was to set meetings with decision-makers in that office’s metropolitan area. Jensen Hughes’ goal was to introduce its services and ask for requests for proposals.

First, Interline developed a list of sales prospects in that city who likely had never used Jensen Hughes services — architects, building owners and C-level executives — using various database sources, subscription lists and LinkedIn. After Interline sent letters introducing Jensen Hughes, Interline salespeople called the prospects and asked to set meeting appointments with them. Interline understood that persistence was the name of the game: Finding the right decision-maker or influencer at each firm or company often required multiple attempts by phone, e-mail and/or mail. Interline also contacted companies that had used Jensen Hughes in years past to help re-establish a working relationship with these former clients.

Result:
Project Safari has far surpassed Jensen Hughes’ expectations. For the first office that participated in the program, Interline set 98 pre-sales appointments with key decision-makers. Jensen Hughes was so satisfied with Safari that it asked Interline to expand the program to incorporate other U.S. offices, as well as specific industries within set geographic areas. Interline has also expanded Jensen Hughes offices’ reach beyond their traditional territories by scheduling appointments with companies in outlying locales for a set week when a representative could travel and visit as many as three prospects per day. Project Safari has been a boon to Jensen Hughes’ business development, and has developed relationships with important specifiers and set the stage for future sales hunts. 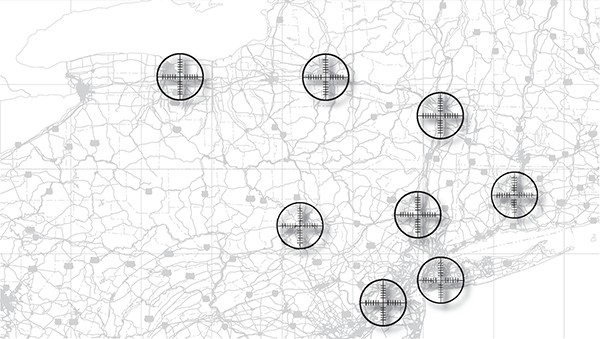