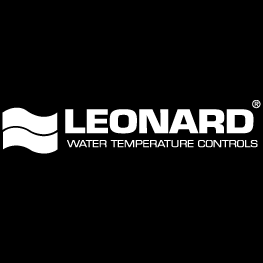 Since incorporating in 1913, Leonard Valve has been credited with inventing the thermostatic water mixing valve. Today, Leonard Valve is a leading valve manufacturer that is constantly evolving to meet the stringent needs of today’s commercial buildings.

Problem:
Every business has its milestones along the road to success. When Leonard Valve,  a manufacturer of thermostatic mixing valves for commercial and industrial buildings such as hospitals, hotels and factories, celebrated its 100 year anniversary, they wanted to celebrate with their customers at the premier trade show. They turned to Interline Create Group for guidance on key strategies, ideas and tactics for creating a successful promotion that would leverage their milestone.

Solution:
Interline Creative Group analyzed the market and the company history, and then developed an all-inclusive strategy to achieve Leonard Valve’s specific goals. The solution involved a one-two marketing punch combining the anniversary and a trade show event. Interline created and executed a PR strategy that included press releases, interviews with trade publications, specialized press kits, creative development of commemorative 100 year logo. An ad was also created to advertise the milestone promotion to drive traffic at the trade show.

Result:
Interline Creative Group armed the client with a multi-tiered approach to thanking their customers while celebrating a milestone. Not just to celebrate, but also to understand that looking back can be more than mere nostalgia for the past. It can provide a whole platform of work for the future. 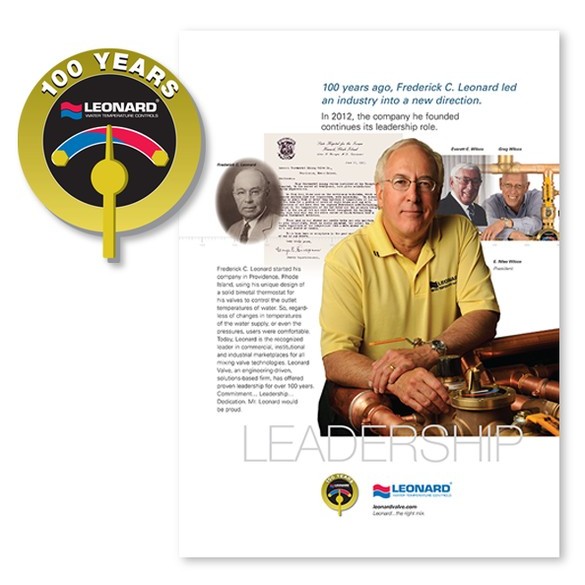