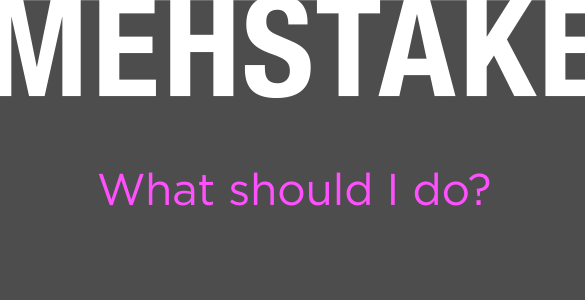 What do you do when you make a mistake? Do you fess up and admit it as fast as you can? Run away?

I got a call from a publisher we work with recently and was asked if we are still sending the leads to his tracking center. The publisher said, “They said they haven’t received anything since January [it was June]. This is telling me people don’t put much value in leads anymore.” I said I would look into it immediately.

I called the office and inquired. We collected and databased (believe it or not) the leads from what they used to call “bingo cards.” If you’re old enough to remember this term, these are cards publishers place in magazines to enable people to respond to advertising and PR items. They still work.

In any case, our process fell apart; we haven’t sent anything in six months. I immediately called the publisher and left him a message. I also sent a text message to the publisher once we figured it out, “I have answers and solutions. Call me on my cell when you can. I will also put in e-mail.” Here is what my e-mail said:

I apologize for this error.
We have put into place processes that will avoid this in the future.
This was human error – and there is no other explanation. So please forgive us!
We will process today the 324 or so leads since January. These will be sent to advertisers and your tracking vendor. And while not a lot, they are, nevertheless, leads. The fact that this went on so long indicates that it doesn’t appear a “critical” issue in anyone’s agenda; however, that doesn’t excuse the fact that these are people who have requested information, and should be followed up on.
Please let me know how I can make up for this error. And in the meantime, let me assure you it will not happen again.

Nine minutes after we let the leads go to advertisers, we received this from a Director of Marketing for one of those advertisers:

Why are we receiving leads from January 2016 now?

My apologies. This is our fault entirely, as we have just caught the error today and solved that problem. I immediately informed the publisher and corrected it. It will not happen again. Please let me know if you have questions, or if I can make it up to you in any way. Again, I apologize.

Thanks for the prompt reply. However, for me the mystery only deepens. We received leads from two people from the January issue and leads from eight people from the February issue. The problem is that we never received these specific leads when the issues were published. This raises the question of whether we are receiving all the leads we should be. Can you provide an explanation?

I called the Director of Marketing and had a great conversation about the mistake. I sent him some names from our proprietary database to make up for the mistake, and assured him that it was in no way the publication’s. He thanked me. Later that year, he hired us for a project.

Not all mistakes turn out like this. In fact, my blog, Powerless: Why Organizations Fair at Customer Service, paints a different but accurate picture about mistakes and what it takes to fix them.

Some people don’t acknowledge a mistake that happens – even when they made the mistake. I worked for a large business-to-business agency in my early career that published an ad with the client’s company name mis-spelled in the text. When I brought it to the attention of my boss, the president of the company, he said: “They’ll never notice.” I said, “Of course they will. Let’s call them.” He replied, “Don’t you dare. Leave it alone.”

But of course, they noticed. And they made the agency pay for a make-good — in seven publications.

Admit the Mistake As Soon As You Know About It

You see, the first rule of mistakes is to admit it as soon as you discover it! And then, take action to fix that mistake as fast as you can.

Two years ago, I took a client for a quick lunch. They serve great beef sandwiches, chicken pitas, and so on. A conservative estimate is I’m worth about $2,000 a year to that business.

Our order was simple: two beef sandwiches – one with, one without peppers. Two young people were at the register. The owner has had some turnover trouble: two of his cooks resigned and bought their own fast food place recently. He used to always say to me, “How you doin’ boss?” He hadn’t said that in a while since his trouble. He was unhappy.

When the order came up, there were two beef sandwiches, both without peppers. I brought them to our table on the tray as I realized that. I looked with the fork underneath each and confirmed there were no peppers.

I took the tray back and said, “You forgot the peppers on one of these.” One of the young people looked startled. “I will have to charge you 70-cents,” she said, as her partner also walked over. I took out the dollar and said, “Just so we’re clear on this, you’re charging me for your mistake, right?”

Neither of them said anything, clearly embarrassed but not admitting to making the mistake.

I pressed the situation; young people need to understand mistakes. I said, “You remember hearing me say one with peppers, right?” They looked down and away, avoiding eye contact. That’s when I handed over the dollar and said, “So you’re going to charge me for your mistake.”

The owner came out of nowhere, hurried to the counter, and glanced at a small piece of paper he pulled from below the counter. It was obviously a document with my order on it. “You didn’t order peppers,” he said.

“Nothing I can do,” he said. “I have to charge you.” He yelled at the young people, “Which one of you took this order?” The young people put their heads down without answering.

“But there is something you certainly can do,” I said, interrupting his rage. “It’s a mistake. I’m not blaming them. It’s human error. Either I didn’t say it, or they didn’t hear it. But I did say it. You don’t have to charge me for your mistake, do you?”

“I do,” he said. “You didn’t order it. It’s your mistake. I’d go broke if I had to do this all the time.” Meanwhile, the girl had taken my dollar and given me 30-cents change. “Would you like hot or sweet peppers,” she asked meekly?

I waited, took the tray back once I had the peppers and had a conversation with my client about business.

I have never been back to the place.

Mistakes are About Forgiveness

Some people have a hard time with mistakes because eventually, it requires forgiveness. Or not.

When I was a freshman in Catholic high school, the priest handed me my first Algebra test back: it had “0” at the top in red. He finished handing out the tests to the other students came back to my desk and bent over, whispering. “What happened Mr. Nowakowski,” he asked? “I know you know this stuff. You answer in class all the time. What happened?”

I shook my head in disbelief. “I’m not sure, Father. But that first problem threw me. I just couldn’t get it.”

He smiled for some reason as I looked at him. He said, “You know, if you don’t know the answer to the first question, you can go on to the second and then come back to the first. Sometimes that clears the mind.”

I was that ignorant. I didn’t know how to take a test. I’m a fast learner, however, and I got an “A” in the class because he forgave my mistake and never averaged the “zero.”

You can win or lose, but I like to win, so I look at mistakes as opportunities to show your best. I think Duke Ellington said that. Besides, we’re going to make mistakes because we’re human. The questions is and always has been: how will you deal with them? Do you do something about them? Or do you just say, “Meh!”

Thanks for reading this. Let me hear from you about how you handle mistakes!