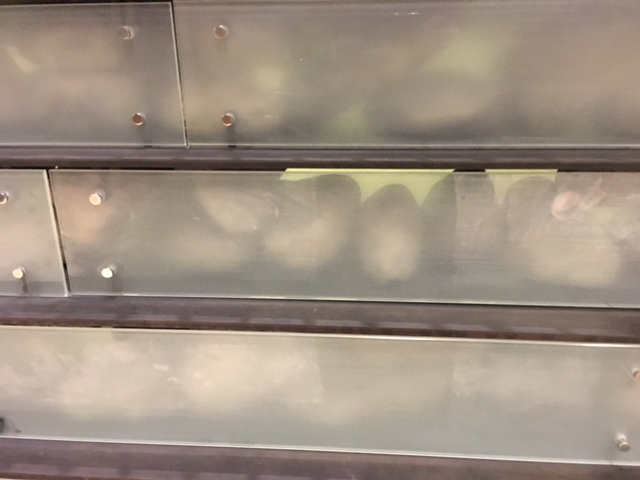 When you live in Chicago and go to Las Vegas to work a show, the time changes, but your internal clock doesn’t. 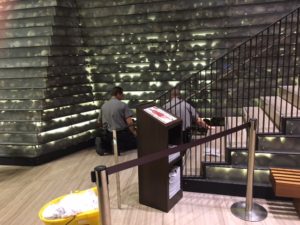 I woke at 3AM Vegas time, which was 5AM Chicago time. Wanting some fresh coffee to begin my work, I went downstairs to the Aria’s cafe that is open 24/7.

Several men were working as I approached the restaurant’s entry in a stanchion-segmented section. They were taking long glass panels from the floor and carefully bolting them back onto the display, which had a variety of rocks of different sizes behind the panels.

The young maitre d’ walked up to me and said, “Table for one?”

She paused. “Usually you have to go to the table and tell your waitress…but I’ll get it for you today.”

As I waited, I asked one of the men if one of the glass panels broke and was being replaced.

“Washing the rocks?” I asked.

“Yes,” he continued. “We have to wash the rocks because they get dusty. You know, the air is always circulating. They get dusty.”

The panels had spaces above and below them, with the rocks sitting quietly behind them gathering dust.

“Perpetual?” I wanted to say “absurd,” but held back. 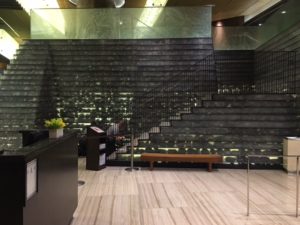 “Sounds like steady work,” I said with a smile. He pushed the bucket away that was used to wash the rocks. “You could say that,” he smiled.

The maitre d’ brought my coffee, I paid with a good tip and walked back to my room, thinking about Sisyphus.

The greek myth is interesting, but I was thinking about the Myth of Sisyphus by Albert Camus.

Sisyphus was condemned by the gods to roll a rock up the hill, but never make it to the top. The rock would roll back down, and Sisyphus would have to go back down and roll it back up. Camus’ essay used the myth to explain from an existential point of view the absurdity of the world. I read it in college, and it had a profound influence on my thinking.

Camus was influenced in his own thinking by Dostoevsky, whom I also read (I actually did my independent study on him as an undergrad  senior). Basically, while existentialists say the world is absurd and therefore you should kill yourself, Camus believed the real meaning of life is that once you understand its absurdity, you have to give life meaning. You have to “revolt” against the absurdity by understanding that it’s the rolling of the rock itself that has the meaning, not getting to the top.

I was going to go back downstairs to tell the rock washers that, but decided to just go on happily rolling my own rock because they were finishing when I met them. I pulled out my computer and began my day, preparing for the meeting with my client. I mean, what could be better than a cup of coffee, a computer and a problem to solve? Besides, I just met Sisyphus.

Let me hear from you.