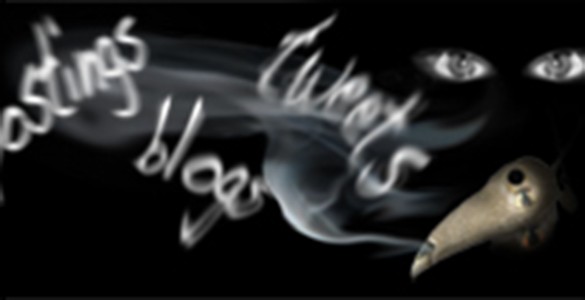 The IOC (INTERNATIONAL OLYMPIC COMMITTEE) governs the Olympic Games. If you go to their website – www.olympic.org – you’ll see their organizational description. It starts with this sentence: “The International Olympic Committee is the supreme authority of the Olympic Movement.”

The IOC Guidelines (some people say were cleverly worded, which isn’t the case) are completely unenforceable, making them irrelevant (you can download the document at http://goo.gl/m59OH). For example, in the first part the IOC says that they actively encourage and support athletes and “other accredited persons at the Olympic Games to take part in ‘social media’ and to post, blog and tweet their experiences.” The key word in that sentence is “accredited.” What does that mean? The guideline goes on with this:

They just don’t get it. Consumers (in this case the audience) ARE the commercial. Consumers ARE the advertising. Everything we are experiencing in this social media channel points to this fact, but organizations that think of themselves as “supreme” are missing the point entirely: that it is the buyer – not the seller – that is in control of a transaction. A profound shift has occurred due to social media channels, and quite frankly, the more an organization resists this shift, the more likely it will dissolve into obscurity.

That’s right: The value proposition of social media is that a little league game can be AS important as an Olympic game, because social media levels the informational playing field.

Really? I didn’t know you needed anyone’s encouragement to post comments or tweet. But the real kicker is in the next sentence (read it carefully):

“However, any such postings, blogs or tweets must be in a first-person, diary-type format and should not be in the role of a journalist – i.e. they must not report on competition or comment on the activities of other participants or accredited persons, or disclose any information which is confidential or private in relation to any other person or organisation.”

What the heck does this mean? You can’t “report” on the competition? And what is “confidential” or “private” information?

The tone of the sentence contains a warning to all organizations that will try to maintain control over the genie of information. It simply cannot be contained. And now that it is out, you can’t get it back into the bottle.

And that’s a good thing. Imagine the “supreme” authority or arrogance of any organization that tries to define a tweet this way: “a tweet is regarded in this respect as a short blog.” Huh?

The people in those stands at the games will be in control, and being in control is what irks organizations looking for “supreme” anything. What the IOC doesn’t realize, is that when those games begin, it’s going to be unlike any other games EVER, not because of the athletes, but because of the people in the stands. It’s the audience that is going to be in control – not the IOC. That is difficult to swallow when you’ve been used to being supreme.

It’s always been about the audience (can you imagine if people simply stopped watching sports, what would happen?). The audience has always had the power, and social media channels provide the audience with the ability to exert its power. For the first time in our history, the audience is not only spectator, but participant.

There is no turning back, and the Olympics will never be the same. And you can take that to the bank.

We welcome further discussion. For more information or if you’d like copies of some of our previous pieces, go to http://intrln.com/contact and talk to us. Thank you!