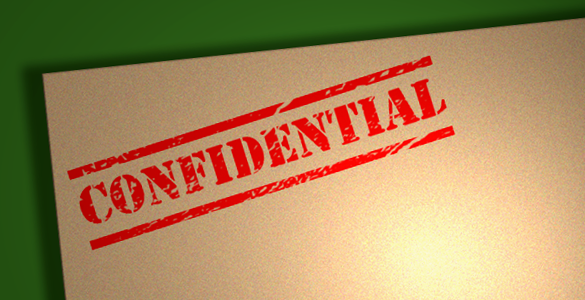 This can happen in your city.

We get a lot of magazines – still. We receive and categorize over 1100 magazines each month (consumer and B2B). We study them. It brings us great knowledge for our clients.

One of the latest issues of a major B2B publication contained ads and editorial about many companies — except for our client. Why was that a problem? The issue was focused on our client’s sweet spot.

It’s one thing to miss covering some companies, and another when you miss one of the key players who give the market area you’re covering the reason for being.

Rather than call the editor, I decided to use an old technique: hand delivery. The publishing company is near us, so I decided to deliver the response – personally. But, not to one editor, but to all of them: the Editorial Director, Editor-in-Chief, Senior Editor, Managing Editor, Associate Editor. Just in case.

We prepared six envelopes (we added the President of the publishing company that I know personally) – each weighing 2 pounds, and contained sample literature, and a letter – all designed to demonstrate why our client belonged in that issue.

The letter pointed out “serious editorial omission” in that issue (in a very nice way), gave background on the client, and supplied the target with proof: case histories. We also offered to supply them with content in the letter, or hook them up to our client’s personnel.

Now, I didn’t feel entirely bad: the magazine had also missed my client’s main competitors as well in their coverage. Nevertheless, I was determined to make a statement.

Many people used to think that advertising and editorial are separate. Some still do, despite what’s going on with native advertising these days, where editors serve as copywriters, and copywriters as editors. The disruption, however, is no excuse for poor journalism. If you’re covering a market, you should know the players.

After the envelopes were prepared, I changed into a t-shirt and put on a baseball cap (backwards) and put some gum in my mouth for my disguise; after all, who would believe a messenger dressed in a tan summer suit, white shirt and tie? I made the drive, walked into the publisher’s offices and announced proudly with a smile, “I’ve got a delivery.”

The receptionist – Kathy – smiled back, especially when she saw the six large white cardboard envelopes. I placed them on the counter as she said, “Do I have to sign anything?” I had formulated that part of the disguise on the way and replied, “Nope. Just take your name down.” I pulled out my iphone and snapped a photo of her name tag saying, “You’re Kathy right?” She nodded yes.

Then she started going over the names on the envelopes and talking out loud. “So and So, oh, he’s not here. And wait, who’s this?” She put that one on the side. She started separating the envelopes into those she knew and those she didn’t. The score was three to three.

“Let me see,” she said taking the pile of unknowns. “Mary S. She was married recently, but I wonder what her maiden was. She thought, said it out loud and referred to the sheet all receptions have of the lineup in the office. “I’m afraid these two aren’t here, in this office. And as for Mary, I wouldn’t know what to tell you. Do you know what’s in these envelopes?”

“Not really,” I lied. “Something from the agency. “Let me take those back and we’ll let the agency figure it out.”

“Let me take down the names of the ones I left…” I started to say and then quickly recovered. “No need. I have the returns in my hands.” We both smiled, my disguise still intact.

As I turned to leave, I said, “Thanks for your help. It’s beautiful out there. Better get out while you can. You know what’s coming.”

She frowned. “I have to work until five,” she said. I almost said I don’t think Winter will arrive that quickly, or that you could step out on break, but smiled and left. Winters in Chicago are brutal, and people, in the Fall, know it’s coming and relish the moderate weather while we can.

Many magazines outsource their content these days. Sometimes, you don’t know who is writing the content. A great blog last summer was from Jenny Jedeikin, called “My Brief, Absurd Stint Blogging for a Giant Tech Brand.” You might check it out.

Perhaps the moral of the story is hand delivery doesn’t work anymore. But I can tell you this: there’s really nothing like a personal encounter. It beats an e-mail any day. Besides, I got out for a drive and enjoyed the outside for awhile. And we solved the mystery of the absent editors when I got back with some old fashioned phone research. We live in a virtual world after all.