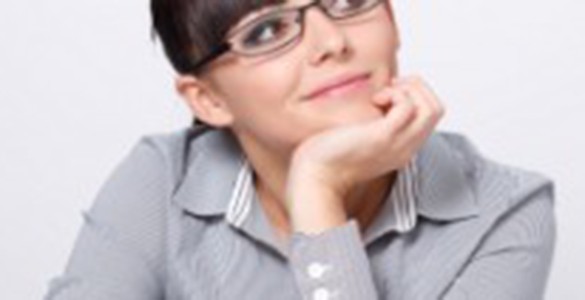 Ethics is an interesting subject – especially these days. Just listen to the television or your social media channels, and you’ll quickly wonder about what is or is not “ethical.”

In fact, when Isabelle Roughol, Senior editor-at-large at LinkedIn™ published “50 Big Ideas for 2019: What to watch in the year ahead” on December 11, 2018, number 35 was “Chief ethics officer will be the hot new C-suite title.” She cited Katie Lawler, the chief ethics officer at U.S. Bank since 2017. Lawler said, “What I think we’re seeing now is a recognition that it’s important to go beyond looking at the rules. Having a strong set of core values, having an environment in which employees know that their voices will be heard when they have a concern, really goes beyond the ‘Can we?’ of compliance to the ‘Should we?’ of ethics.”

When I went to school, my minor was philosophy and my ethics teacher defined it this way: “Ethics is an investigation of human conduct.” He described it as a science because it tries to tell us about the “good” life. Ethics is about obligations.

Now we can argue about what is or is not good, or what are or are not obligations, but I remember the example he used (I wrote it down many years ago and still have my notes). He said it this way:

He went on to explain that the obligations he was talking about can be divided into two types: physical, and moral. If you throw a piece of chalk up it will fall down. But morally, there are alternatives; gravity doesn’t apply to ethics, or what we are talking about: moral obligations. Ethics, as it turns out, is about having choices (if you slip on ice, you can’t chose not to fall. You might not fall, but you will lose your balance if you slip).

We recently got involved with a client regarding ethics. We had been serving this client for several years when he came to us and asked us to monitor ethics violations at his 22 offices throughout the country. What made this request different is that we are a marketing company. Our clients are in the business-to-business arena; most provide services or supply products that go into buildings in the commercial construction space.

When we asked why he selected us, he said that we had “integrity.” It was a high compliment, but we still wondered why he picked us. “A lot of companies have integrity,” we said, “companies that specialize in this kind of work. There must be something more behind your request.”

The client responded with this: “You answer the phone in two rings.”

Answering the phone fast has been part of our culture since we started the company 25+years ago. One of our differentiations (marketing is, after all, as or more competitive than the other industries) was service; I figured that everything else being equal, the way we win is by out-servicing our competition. It’s worked pretty well all these years, and was obviously part of the reason our client thought of us for this project.

When I continued to press the discussion, the client stated almost angrily, “Look, do you want the project or not?”

We took it. We created a website for their employees to go to either anonymously or not in order to document any ethics violations that they observed, and we trained three of our people to answer the 800 phone line we placed as part of the program (there are legal issues involved). Each month we provide a report to our client, and I’m happy to say that to date, no ethics violations have been reported by their employees. Later, when the client was acquired by a larger company, we translated the tool into five languages and continue to serve the client today.

There’s no shortage of ethics monitoring tools available these days, but there is a shortage of simple, cost-effective ones based on sound ethics. Many companies find themselves caught between wanting to up their game in ethics, and find out many solutions prove to be cost prohibited or incorporate automation, taking out the very important human interaction that’s needed in these situations.

We were awarded this project because our client viewed us as service oriented, and honest. I recall talking to a friend of mine who had a successful printing business in Pittsburgh before selling it and retiring to Florida. He said that what made him successful was he delivered what he promised. “We never missed a deadline, even if we stayed up all night to get the promise accomplished. We did it. It made all the difference.”

If ethics is the investigation of human conduct to tell us what the good life is, then honesty, integrity and keeping your word are ethical characteristics. Physically, if we don’t follow the laws of our development (we don’t eat right, sleep right, etc), we die. The same is true morally. If we don’t do what is “right,” we die inside.

We debate inside our company about what is right. When we see a situation that’s “not right,” we call it “crossing the line.” For example, we recently were awarded a project by a new client to administrate a program to his customers. His customers comprise a market we served for many years, and we had exceptional knowledge of those people. Before awarding us the project, the new client was distrustful; how would he know, for example, that we wouldn’t “share” the information we gained from his program with our current clients?

We overcame the concern with two steps. First, we assured him that we already knew more about his customers than he thought we did, and then we demonstrated it with a few stories. Second, we predicted what would happen during the current program he was running. When the prediction came through, we said, “Let us tabulate this information for you on our dime, and show you what we are talking about with a program that will work for you instead of against you.”

In that execution, we demonstrated our in-depth knowledge of his customers, and more important, how he was being taken advantage of in terms of what was being reported; that is, the “integrity” of the information was false. The client hired us within two weeks after this test project.

Debate about what is and is not right is important, especially when the currency is information. As they say, you make money with information no one else has. The ethics involved revolves around how you got the information to begin with.

The thing about crossing the line we have always recognized is that once you cross it, you can’t get back. Which is why we don’t cross it. And the good news is, what’s underneath all ethical decisions is the freedom to act, one way or another. Take away freedom of choice and ethics wouldn’t exist. And what fun would that be! That old saying, “Oh what a tangled web we weave when first we practice to deceive” is no less true today than when it was first coined over 200 years ago.

Ethics Must be Studied — and Practiced

One of the discussions at a panel I served on at the University of Phoenix was around ethics and if it should be a separate course. One of the people said that they “laced” ethics into all the courses somewhere, while another mentioned when they discussed ethics with the students that students say, “We get it! We don’t need a separate course.” The problem with lace is that while beautiful, it’s weak. And if you just look around the world today, you can quickly see that unfortunately, people – young and old – don’t seem to “get it.”

I blogged about this in a piece I called Alas, poor Yorick! Do you know him? I argued that Liberal Arts really is ethics.  As a Liberal Arts major in English and Philosophy, it allowed me to nvestigate human conduct, crossing directly into moral philosophy and producing a science of conduct. As one of my English professors said, “You study to see how other people led their lives, and how to lead yours.” That’s why you surround yourself with the classics.

You see, people haven’t changed that much. What has changed is technology. The more you study literature and English, the more prepared you will be to meet reality — and ethical decisions — when they confront you. It’s hard work to make the right choice, especially if you treat everything as a debit or a credit, or whatever else you studied because you have limited your own horizon.

In another blog — Why You Should Shoot Messengers — I covered Bernie Madoff who wrote a letter to CNBC a few years ago that a friend said I should read. When I argued what can a crook who has lost his reliability as a narrator tell me of value, we had a great discussion. It boils down to reliability as a narrator. In literature, once you lose it, you can’t get it back. In business, it’s pretty much the same thing — isn’t it?

For a conversation about ethics, or more information about how we monitor ethical violations, go to http://www.interlinegroup.com/contact/ and talk to us. Thank you!

One thought on “What Does Ethics Really Have to Do with Business?”