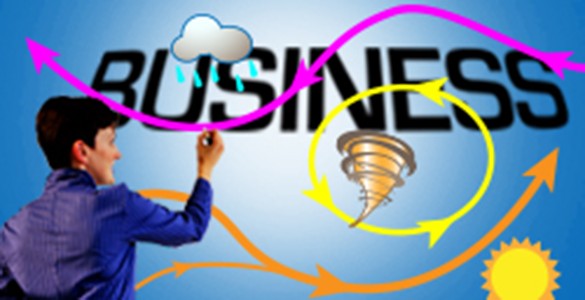 When I first read the title of the November 1, 2015 FORTUNE article by Geoff Colvin, a senior editor at large at Fortune and business-book author, I thought, “Duh?” The title was “Every aspect of your business is about to change.” I started my company in 1990 after being fired for the third time, and there wasn’t a day that passed when my business didn’t change. What was he talking about?

Colvin’s thesis is the arrival of a “friction-free economy,” where labor, information and money move around easily, cheaply and almost instantly. I devoured the article, and would like to share some of it with you, along with my own insights gained from being in business for 25 years. I recommend reading it in its entirety as well.

Because Colvin is right – only the dates are wrong. That “friction-free” economy he discusses was always here, but now, through technology, everyone sees it. My motto when I started the business was stolen from my Algebra teacher who taught me to work problems “neatly, quickly and efficiently.” Colvin says that companies are “creating value in new ways as they reinvent R&D and marketing; and are measuring their performance by new metrics because traditional gauges no longer capture what counts.” That’s really what my 20-person company has been doing since it was born. It had to in order to survive at all.

I was a creative director at the 8th largest direct response agency when I was fired for the third time in a hostile takeover. At the time, I told my wife, “I can keep doing this and getting fired, or I can try it on my own.” Always supportive, she said to do what I thought best, and so I did: I started freelancing immediately, bartering my time with an agency buddy who ran a firm in downtown Chicago for office space. My goal was simple: build a company different than a typical agency – differentiation through duplicated knowledge and service.

Interline was, as a result, built from the inside out. That is, I went looking for problems and then figured out solutions. That’s what creative directors did: solve communication problems. But in my case, I didn’t limit it to creative stuff. For example, when a client couldn’t get checks written for a spiff program in time for Christmas, I said, “I can do that.” Today, that loyalty business is one of the most successful parts of Interline. We pay out hundreds of thousands of dollars on behalf of manufacturers and we do it in a timely, ethical way. We also do it for the data. I told my client when I first took the assignment, “I’ll do it, but I’d like to do it our way. I’m interested – and you should be more interested – in what your spiff pays for – the information.” The result? Our manufacturers have some of the most valuable assets available: reliable customer databases of people who have their products installed and most important, where they are installed.

When another client entered the janitorial-supply business, we responded by creating a website to sell its corresponding commodity product: soap. I said, “But, sell it to us for a higher price than you do your other distributors to ensure you don’t disrupt your current business relationships.” They did, and today, we are that company’s largest customer for soap.

When we found a programming Code that can be placed on a website that does a reverse lookup of IP addresses and reveals the company, we quickly switched the value proposition from a simple CRM system to a unique, lead nurturing system. In B2B, two and three step distribution, there’s nothing like seeing who is looking at you, and then figuring out why that will lead you directly to a sale. We even placed the Code on a publisher’s website and helped usher in what people are calling Native Advertising. So while we do what other agencies do, we are VERY different from them – and prospects and clients recognize that. “Whenever I have a problem, I just give Interline a call,” one client told us. It was a great compliment.

Colvin uses large company examples: Alibaba, Exxon Mobil, and Uber to compare/contrast companies that sell physical stuff with those that find “ingenious ways to take friction out of its industry.” He concludes: “The 21st-century corporation, even if it makes or sells physical products, is above all a human-capital enterprise, which raises a profound question: Who really owns it?” Further, he states: “In the 21st-century corporation, whether it’s acknowledged or not, employees own most of the assets because they are most of the assets.”

I’ve always known people are the key. I was fired all those times because people were looked at us as “numbers.” A person’s true contribution – or lack of contribution – is very often overlooked. At a B2B agency where I worked, the President and Account Supervisor were bemoaning their fate: the creative director had resigned, leaving them helpless with the big ad campaign due. I was a PR account guy at the time, writing releases, feature articles, etc. around the client’s technology for the ad campaign that was due, and said, “I can write the ad.” They looked through me. I was a PR guy: how could I write an ad? I subsequently wrote the ad because I knew the client, and told the client the situation. Together we hatched a plot: I’d write it, and he would send it over as “client written.” It was a huge success when it ran. The agency President never knew I wrote the ad.

But, I did. And so did the client. That’s why Colvin’s core idea – “Most businesses will have to create value in new ways or lose out to competitors that do so” – is absolutely correct. Without the value we created for our clients, we would have been eliminated years ago – especially in the 2009 depression. That was everyone’s wake-up call about value. It still is. When people ask us: “What does Interline do?” it is very difficult to describe. Value is always different to describe, isn’t it?

Consider Colvin’s statement: “The trend is especially frightening for even established category leaders because even if they switch to new, low-friction business models, they could still end up smaller and less profitable than they were.” This truth is backed up with his three key observations:

He writes: “Conducting billions of searches a day, Google possesses better real-time knowledge of what’s going on in the world than any government does.” Can anyone doubt the value and just how difficult it is to describe that value or contain it?

Colvin’s observation about transaction costs are worth consideration. He notes that it is the transaction costs that create friction, and that consolidating them within a company is the most efficient way of handling them. But, “as technology shrinks those costs, many companies are unbundling themselves, outsourcing functions to others, crowdsourcing R&D, and exchanging employees for contractors.” He concludes: “A continual Hollywood model, in which people and resources come together to achieve a goal and then disperse to other projects, may become common across the economy.”

In 1990 when I began the company, I wrote this as part of our proposal package to prospects:

A company that seeks to get value to the customer faster requires more capacity, especially since all companies now compete on time. We have an uncanny ability to condense time in marketing communications without sacrificing quality.

Fast response necessitates a less diverse form of organization, and more than excellent service: it requires experimentation, innovation and new approaches. In short, to move quickly we offer you a portfolio of new ideas tied to the needs and concerns of your own business.

For example, we often organize work around flexible project teams with rotating membership. This means you can draw on our pool of experts as you need them — without the expense of having them waiting in the wings to serve you. This kind of organization also gives us our speed in helping you respond and act on changes in the marketplace.

Most people didn’t know what I was talking about, especially since I didn’t have any resources at the time. The few that did, hired us. The result was Interline: a collection of assets that gets things done. One of those clients retained us for 20+ years, and we were their “secret weapon” because we moved neatly, quickly and efficiently. When their IT department would complain about severe programming required, we already built the website and had it operational. That relationship and the length of time it lasted is unheard of these days. While it recently came to an end when we resigned that business, the core of what we did and do hasn’t changed: we create value for our clients – value as defined by helping them sell more of their stuff.

Thanks for reading, and please let us know how can help you!

3 thoughts on “Your Business is About to Change. Duh.”