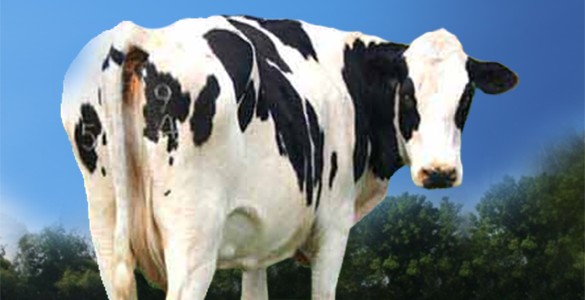 There was a lot talk about being “Bossy” in 2014. Anna Maria Chávez, CEO of Girl Scouts of the USA, thinks it was being used on young girl exhibiting leadership characteristics and it should be banned. Peggy Drexler, author of “Our Fathers, Ourselves: Daughters, Fathers, and the Changing American Family” as well as an assistant professor of psychology at Weill Cornell Medical College of Cornell University, said it would be wrong to ban it. Carol McGiffin wrote in the Mirror that the campaign by Facebook chief Sheryl Sandberg and backed by Beyoncé and Victoria Beckham to ban bossy asks, “What is wrong with being bossy? And aren’t they just bossing the rest of us around by telling us we can’t use the word bossy?” And, Margaret Talbot writing in the New Yorker agrees, said the campaign to stop the term is “itself is kind of bossy” and invites us to “think back on your own experience of deploying that word, and you’re likely to conclude that you have attached it more often to girls and women.” There is even a website now http://banbossy.com/.

Maybe because I’m a guy I shouldn’t have an opinion on this, since women think it only applies to them. However, since Talbot threw out the invitation, and since it really doesn’t (I’m a boss and am often bossy), my earliest recollection of using that word was in the 1950’s on a farm in Wisconsin, when my uncle used it on a cow.

Renee, who posts on Homesteading Today’s website, asked in 2008 if anyone remembers using the term bossy on a cow because she did. Also in 2008, a blog on the Pure Bred Dexter Cattle Association actually asked and answered, “Why is a cow called Bossy? It said it is the general name for a cow, coming from the Latin word for ox or cow(bos) “and it is probable that the first person to call a cow Bossy was equipped with both a knowledge of Latin and a sense of humor.” There’s a little more, if you want to read it. Heck, Bossy the Cow was a cow who is featured in a Sesame Street “Here is Your Life” sketch, honoring a glass of milk. She is the cow who gave the milk, with some nourishing help from Grass.

Only one of the comments in the New Yorker so far talked about it in this context. Someone named Drwrite said, “I remember my mother and family referring to the female cows as ‘Bossy.’ I’m not sure why, but it seemed harmless to me.” Drwrite added the word “female” in front of cows, but I don’t know why.

My wife and I were having lunch at a very crowded restaurant Saturday. This is a great Italian restaurant, always crowded, in Schaumburg, Illinois around the Woodfield mall. I noticed half way through our meal one of the waiters in distress. He was talking to our waiter, John, at one of the stations where they place orders, which was right in front of us. He was very agitated, and sweating. John was obviously trying to calm him down. Another man in a blue shirt wearing a headset came over, also taking a calming approach to the agitated waiter. When the man in the blue shirt saw me watching, he turned so I couldn’t see what he was saying. He was the supervisor. It was obvious they were talking about the table behind us, about 10 feet away.

The table was full of 12 people, all women. After the conversation broke up, the supervisor in the blue shirt walked to that table and talked to the group. He was addressing whatever situation was going on, or so it seemed. I kept my focus on the waiters, and eventually the agitated one walked off. When John returned to our table, I said, “What’s the commotion?”

John explained that there was a mess up with their order…that things can get tense, and that the kitchen made a mistake. “He doesn’t handle that kind of thing well,” John said of the agitated waiter. “We usually have to calm him down.” My wife asked, “How long has he been working here?”

“Two years,” said John, paused, and walked away to take care of another table.

The agitated waiter, in my opinion, was working hard to satisfy his customers. He was sweating. You don’t sweat unless you’re working hard – or you’re nervous – or both. As we finished our meal, it was evident that the agitated waiter’s problem was with that table and it was compounding. As we were getting up to leave, I heard a loud “clap-clap-clap” and turned to see one of the women summoning the agitated waiter, who was serving another table to the side of them. She was smiling to the other women, who seemed to be enjoying the show. The agitated waiter came to the table, she said some things to him and he quickly disappeared. She smiled and nodded to the rest of the group – you know, the kind of nod and smile that suggests, “Well, I showed him, didn’t I?”

The supervisor showed up – alone – and began his ritual of addressing the group again.

As we were walking out, I told my wife to wait a minute. “What are you going to do?” she asked. We’ve been married a long time and I’ve been known to do stupid things in situations. “Nothing,” I said, assuring her. “I’m just going to tell the supervisor a few things.”

I found the supervisor and the agitated waiter standing in one of the stations where they place orders, talking quietly. I walked up to them, and the supervisor immediately turned to me. You could tell he was thinking, “Oh no, another one.”

“I just want you to know,” I said putting my hand on the agitated waiter’s shoulder, “that this guy has been busting his butt trying to serve those people.” The supervisor in the blue shirt smiled, immediately relaxing, and said, “Thank you. We’re just trying to please everyone.” The agitated waiter turned his head to look at me in disbelief, and continued making adjustments to the bill (which is obviously what they were doing). “I know…that’s your business, to please everyone,” I continued. “The customer is always right and all that. But you should also know other people see the truth of what’s going on here.”

“Thank you, sir,” the agitated waiter said pausing for a few seconds from his task. “Thank you very much.” He meant it.

Our meal was perfect. I’ve been in situations where it wasn’t. I think you can handle imperfect in many ways, but I think this situation was not handled by someone who was “bossy,” but by another word that starts with “B.”

Words are representations of reality. I remember a rhyme, “Stick and stones can hurt my bones, but names will never hurt me.” Tell that to a kid or anyone. Words can cut to the core of your vulnerabilities. But if they do, then perhaps there is some truth to them? Because the fact of the matter is, they are just words. Not saying them is sort of cheating the situation of potential truth.

But, so do actions, which have and will always speak louder than words.

I felt good after I did what I did and what I said. And so did my wife. We had a great conversation on the way home, both feeling empathy for the agitated waiter.

There were two people sitting at the table in front of us when we started our meal: a man and a woman. The man had a baseball hat on. Whenever we see men with hats on eating a meal, we want to say something. It’s rude, and shows they were not brought up correctly; it’s disrespect for the people around you. My wife was going to say something on the way out. “But, the restaurant can’t really tell them to take their hats off,” I said. “Or could they? Or could we?” Hmm, that might just be what bossy means after all?