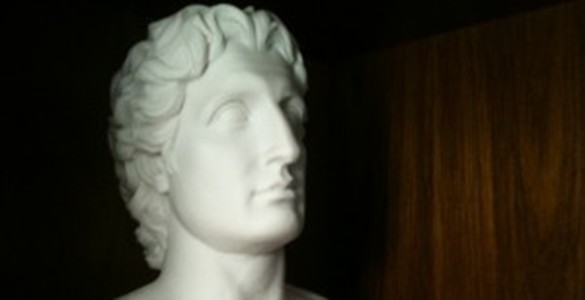 There was a great routine by Abbott and Costello called “Who’s on first?” that goes round and round as Bud tries to tell Lou the names of baseball players. The name of the player on first is “Who,” “What” is on second, and “I don’t know” is on third. You probably saw this, but it might be worth a look before you read further.

Because we all have to figure out who is on first when it comes to our business strategy. That is, who should we listen to if we are trying to be strategic? This is especially difficult in the age of Social Media, when there are just so many experts. Where should we look first? And how do you know who to believe?

For example, on March 20, 2012, Paul J. H. Schoemaker published 6 Habits of True Strategic Thinkers on www.inc.com. It (http://goo.gl/wsHfk) was an overview of strategy by a heavyweight influencer. Paul Schoemaker wrote Brilliant Mistakes: Finding Success at the Far Side of Failure and serves as Research Director of Mack Center for Technological Innovation at the Wharton School of the University of Pennsylvania. He teaches strategy and decision making there, too, so he knows what he is talking about. He has his own website too — http://www.paulschoemaker.com/ — and if you review it, he is a heavy hitter in strategy.

His article was shared in LinkedIn, Tweeted and e-mailed many thousands of times. Anyone reading about strategy should be impressed. But if you had one shot – if you could only pick one source to help you with strategy – would it be Schoemaker? In other words, who’s on first when it comes to strategy?

At the end of the piece, he asks the readers if they have what it takes, and writes that, “no one is born a black belt in all these different skills. But they can be taught and whatever gaps exist in your skill set can be filled in.” He is after all a teacher, and even though he is going to cover aspects of strategic leadership in future columns, he invites readers to test their own strategic aptitude (or company’s) with a survey and then afterward, let him know what was learned from it by writing in the comments.

I took the test. But, then I decided to do something else: I tabulated the comments to his article, and here is what I found. There were about 97 comments posted to the article. We counted 114, because some people made comments on comments. Of that total, the table below shows the results.

Liked the article had positive comments such as “Wonderful and knowledgeable” or “Worth Reading.” Some “likes” were more comprehensive, including this one:

“I am trying to spearhead a new art district in our community and a non for profit organization. I read this article with huge interest, people love my ideas, but then other’s who I have spoken to, the ones who could really help the movement gather momentum have their own competing interests at stake…”

It goes on for quite a bit. Don’t ask me what that all has to do with strategy, but I put it in the “like” column.

There were negative comments such as “Frankly, anyone who has to spend time reading this article to learn what a strategic thinker does or does not do is a long way from being one” or “Nothing new.” One person wrote:

“I was disappointed to take your survey, which supposedly would help me ‘test my own strategic aptitude,’ but in actuality provides no results. So, to answer your question, I learned nothing from it. You should indicate up front that your survey will in fact not tell us a thing. Well, I took the test and it does give results…oops. Better go back to school.”

Well, the test works, but the person who wrote the last comment obviously should take their own advice and go back to school.

Then you had people who just wanted to comment. “How does the clueless do any of this?” or “I have found great benefit in using exercise time as thinking time, especially while running or riding my bike. You get double benefit.”

One wrote: “A lot of people on this blog don’t seem to be able to make the time to think ahead and think strategically you need to go back to delegation skills, every task you do during the day you should be asking yourself ‘why am I doing this’ then very often you can find…”

But, my question still remains: If you had one chance to learn strategy, would it be from Schoemaker? Who should be on first when it’s about strategy?

The essence of strategy is based on conflict, and as Kenichi Ohmae wrote in The Mind of the Strategist,“When no competition exists, there is no need to strategize.” Therefore, without conflict, you have no need of strategy. Or, are we strategic despite ourselves?

When Schoemaker states, “If you find yourself resisting ‘being strategic,’ because it sounds like a fast track to irrelevance, or vaguely like an excuse to slack off, you’re not alone,” he is saying that people aren’t strategic, which is clear from the comments to his article. But if we are not strategic, how can we feel irrelevant?

Anticipation, in fact, is the essence of strategy. But, you didn’t need Schoemaker to tell you this. You anticipate all sorts of things every day. You anticipate what your boss will or won’t do, and what you will do when he does or doesn’t do it. You anticipate the traffic on the road if you have somewhere to go, and you plan a strategy if you encounter something unexpected. Alexander the Great was THE strategist, and followed these three ideas: anticipate – react – adapt. He conquered pretty much the entire world.

Nature itself is full of conflicts and strategies. Our entire species evolved because of our strategy of survival is tied to anticipating, reacting and adapting. After all, we adapt, change or we disappear. We follow strategy almost unconsciously. And when we change our strategy consciously, sometimes it doesn’t work. Timothy Treadwell, “Grizzly Man,” lived with and studied bears, until he and his girlfriend were killed and eaten by a bear that they studied. He had to evolve a strategy to have lived with them as long as he did, but in the end, his strategy was flawed. When bears get hungry, they will eat you, no matter how nice you are to them, or how much you love them.

If it is true that you need conflict to have a strategy (and it is true), and if conflict is always present in business and in nature, then not having a strategy is virtually impossible. If you go out of business, it simply means your strategy was flawed. We can’t help but BE strategic (though I am sure other people will think and argue differently). The real problem is, of course, that some strategies are better than others, or that it is very difficult to maintain a strategy once you’ve hatched it. Those are other discussions.

In the end, Schoemaker makes good points. But if you really want to understand strategy and you have only one shot, I would recommend the Art of War, by Sun Tzu. Besides, since he is dead, he’s not trying to sell you anything.

For more information, or if you would like to have a discussion on strategy, go to http://www.interlinegroup.com/contact/ and talk to us. Thank you!

One thought on “Who’s on first when it’s about strategy?”