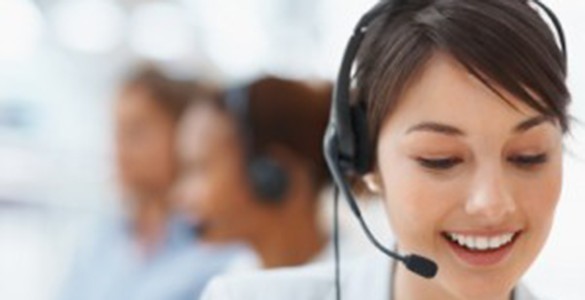 The WSJ writer Stephen Moore wrote a piece recently called, “Press 9 for More Options —Companies claim automated phone-answering systems save them millions. I have my doubts.”

His first sentence says a lot:

“One of the deep mysteries of modern life is why, in a nation with some 14 million unemployed people, it has become nearly impossible to call a store, a business or a government agency and speak to a live human being.”

Moore writes beautifully about his frustrations with automated phones, which we all share, saying that telephone answering services gets his vote for the “runaway worst invention of the last half-century. They should call them anti-customer retention devices.”

He concludes several hundred words later with this offer: “So I’m going on a one-man customer strike and I hope others join me. If I don’t get a live person within two minutes on the phone, I now hang up and take my business elsewhere. I’ll gladly pay more for real customer service.”

There is no doubt about this problem, but the truth is, real problems can start when the live person DOES come on phone. It’s only then that you REALLY know if you’re dealing with a company you want to deal with because once you pass the automation, anything can happen!

My problem was simple: I was charged $40 by the tollway authority to refresh my device, forgot to check my e-mail for the e-statement (I just elected to switch from regular mail), and then received a regular mail statement a month afterward and saw this:

So, my $40 charge was now $59.45. Now, I’m one of those guys banks hate because we never pay them interest. I control my credit binges and pay off my debt, or I simply stop buying stuff.

Anyway, I called the bank card up go through the deadly automated responses that Moore talks about and finally get to a live person, Janet. I explained the situation, and she said there is nothing she can do. I have only two options. Pay the bill with her and incur another $15 charge for her helping me conduct the transaction, or go back into automated hell and do it over the phone myself. I said, “I’ve been a customer for a long time, though I can’t remember how long. Are you really sure you can’t do anything about this? I’ve never paid an interest charge in my life because I’ve never been late.” You could tell she wasn’t going to give in. She was curt, professional, and gave me the same two options. I protested. I said, “I’m going tear the card up.” She said, “Are you sure you want to throw away your $2,700 of rewards you’ve accumulated?” I didn’t understand the question. She explained that I’ve accumulated a lot of money in rewards. “So let me understand this,” I said. “I have $2,700 in rewards, and I owe you $59?” “Yes,” she said. Very frustrated, and after further words between us, I finally elected to be put back into automated hell to pay the bill and save the $15 dollars, after which I vowed to never use the card again.

I started going through the process and got to the payment options, but the automated monster wouldn’t let me pay the entire bill off: it kept asking if I wanted to pay the $50 minimum payment due. There was no option for guys like me who want to pay the balance off (by the way, that’s how they make money!). I went round and round, and finally became so ticked off, I hung up the phone and started all over again from scratch. Perhaps I would draw a different hand, I thought. And I did.

Once I got through automated hell, I met Joslyn, who quickly waived the $15 fee for having her transact the payment through her. “Really,” I said. “You’ll do that for me?” “Certainly,” she said. “I can see you are a good customer of ours.” Now mind you, Joslyn is looking at the same data that Janet was looking at. Then I asked, “Can you do something about the 19 bucks? I think if you check your records you’ll see my payment schedule. I’m not a deadbeat. I practice what Polonius said to his son, ‘Neither a borrower nor a lender be.’” I don’t think Joslyn read Shakespeare, but she got the point and said, “I don’t have that authority, but I can certainly speak to my supervisor for you. Can you hold on?”

After a few minutes, she came back on and said she was going to transfer me to her supervisor who would talk to me about my request. She asked, “Is there anything further I can do for you?” I said, “What can I do for you?” She stumbled, “I don’t understand,” she said. “I’m serving you.” “No,” I replied. “Now it’s my turn. You were kind enough to talk with me about this situation, and regardless of the resolution of my request, you are doing what you can to help me. I appreciate that. How about a Starbuck’s card. Can I send you one?” She said there was no need for that, and we parted phone friends, as she transferred me to the supervisor, a man named Suman who picked up the line.

“Joslyn explained the situation, Mr. Nowakowski” he said without hesitation, and he repeated almost verbatim what I had told Joslyn. I was impressed and reaffirmed, saying, “I was just wondering if there was anything you could do about the $19.”

“But I have already erased that charge. You have been our customer since 1994,” he said. “It will appear as a credit in your statement in a week or so. Is there anything further I can help you with?” (I was going to ask for the 45-cents, but I didn’t want to push my luck.)

“You already got rid of it? Thank you! But yes, there is one thing more,” I said. “You can find people more like Joslyn and get rid of the Janet’s you have,” and I proceeded to praise Joslyn in her handling of the situation as compared to Janet’s, who I threw under the bus. It was obvious from his tone he knew exactly what I was talking about; I concluded silently he must have heard this before about the Joslyns and Janets in his charge.

We said good-bye and I told him I would write about my experience, because I was in the same business: service.

So the tale ends with the bank having a dedicated customer, an extra 45-cents from that customer they never got before, and confirmation about the behavior of a Janet and a Joslyn.

But, let me ask you something: how long would I have stayed with the bank if I didn’t call back? How many Janet’s have ruined a company’s relationship with its customers? If we are truly in a service business, don’t we have an obligation to find the Joslyns, nurture them, and keep them in front of the people we do business with?

It isn’t really hard: you just have to focus and make service, really, one of your core competencies. And like Mr. Moore said, automated phone is NOT part of a service business. It’s laziness, pure and simple.

I wrote another blog called “Just Another Number” that has another angle on customer service, but the same result. You might like that as well.

Service is what we do at Interline. We answer the phone in two rings or else. Go ahead. Try us. Make my day.

For more conversation, or to discuss customer service in your business, go to http://intrln.com/contact or call 847-358-4848 and talk to human beings.…