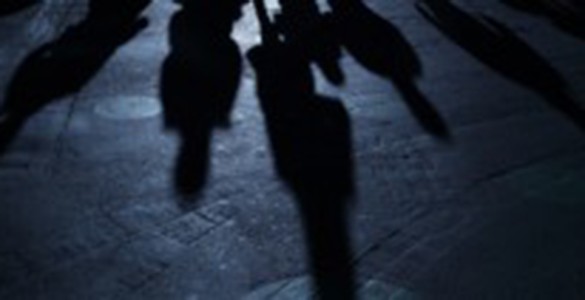 In Issue 9, 2011 of Deloitte Review, Jonathan Coppulsky, Alicechandra Fritz and Mark White wrote a great piece on managing a crisis. They called it “Brand Resilience: protecting your brand from saboteurs in a high-speed world,” and it contained fundamental ideas on protecting a company’s brand from harm. It is a MUST read for anyone in branding,

However, while its ideas are thought-provoking – especially the one drawing from the US Army/Marine Corps Counterinsurgency Field Manual (our own Boot Camps have reached into military documentation for inspiration and our blog on “Things Could Be Worse” uses a Marine manual) – the authors used the wrong word to describe a brand that spins into crisis. They used the word saboteurs and a phenomenon of brand sabotage to describe “unintentional, as well as deliberate, attacks on brands.” Their paper formulated a thesis that there are “enemies” just waiting in the weeds to pounce on unsuspecting brands, and that the astute brand manager would do well to take steps to detect and respond to these threats.

The thesis is incorrect because largely, people embrace brands; they don’t wait in the wings for a brand to mis-fire, and then pounce on it. We would suggest – respectfully – that a brand derails itself. Indeed, we know of no individual or group of individuals who can launch a successful attack on a brand unless that brand itself shows a weakness, a mistake, or worse, an outright blunder.

The fact is, a brand can only damage itself. And while that damage can unleash retribution or attacks by consumers, these attackers have not, as the piece suggests, create the sabotage that put the brand in harm’s way.

Of course, if you defect form a brand, that brand loses its “power.” However, what makes a person abandon a brand isn’t anything that person does; the motivation to desert a brand stems from within the brand itself.

For example, take a recent event that probably on the first pass seems to meet the Deloitte thesis of saboteurs: the Rush Limbaugh brand. Forget how you feel or don’t feel about this event or Mr. Limbaugh himself for now; we can all admit that Limbaugh isn’t a person – it’s a brand (the most listened to radio show in the country by many metrics). So, when the brand did what the brand did on the radio show one day – losing almost 100 advertisers in just a few days (one attorney is asking the state of Florida to charge him with a crime) – was that the result of saboteurs? Or, was it the result of the brand itself?

“Saboteurs” had nothing to do with what happened. When Limbaugh-as-brand uttered his now famous words, he made mistakes all brands make when they let their quality guard down, and he injured himself, and in his case, Limbaugh-as-brand. Think about other brand events, including the ones cited in the Deloitte paper:

Deloitte points out that the above are just three of the many stories that are selected to “vividly illustrate the phenomenon of brand sabotage and why brand stewards need to be more concerned than ever about unintentional, as well as deliberate, attacks on their brands.” We argue that these are NOT deliberate attacks, but rather, the fault of brands themselves for leaving themselves open for failure. Let’s face it: “Sh@# happens.” It happens to all brands, large and small. But the root cause is rarely sabotage. These events happen because a brand itself loses its focus. Lose focus, you pay the price, whether you are driving a vehicle or building products.

The inherent power of a brand is given to it by the followers of the brand – the people who use the brand, embrace the brand, etc. Whether you’re talking about Rush or Tiger, Tide or Coke or Armani, it’s people who empower the brand to be the brand. And it’s the same people who if the brand fails to live up to its value proposition, will desert it for another brand.

It is a sacred responsibility, and a delicate balance, this power given to brands, requiring ongoing, ceaseless vigilance. John Donne, the great English poet, said it better than anyone: “No man is an island, entire of itself…Send not to know for whom the bell tolls, it tolls for thee.” Within Deloitte’s paper are thought-provoking ideas that benefit both the large and the small company for their brands. Thanks, Deloitte, but be assured, sabotage isn’t the root cause of brand crisis. It’s within the brand itself where we should look.

Besides, brands — some of them — are resilient. Think about where these people-as-brands are today. Those that aren’t still here, well, were they worth much to begin with?

We welcome further discussion. For more information about branding or if you’d like copies of some of our previous pieces on branding, go to http://intrln.com/contact and talk to us. Thank you!