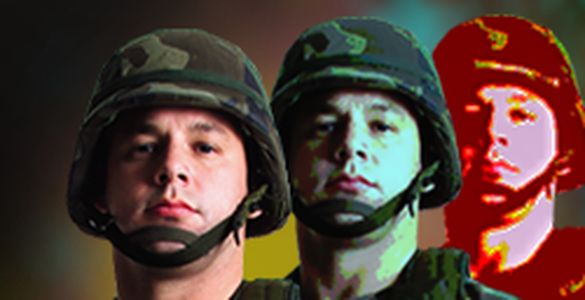 I once asked a friend – a former Marine Artillery Captain – what’s the one piece of advice he could give me from his experiences that could help me in business? Without hesitation, he answered with a curious smile, “Things could always be worse.”

I thought of that advice recently when more than one of our clients merged with another company, and while some had sudden top management changes, others experienced traumatic change.

Before I met my friend, I was researching the business environment in ’08 and came across MCRP 6-11B, Discussion Guide for Marine Corps Values, where I found a task that seemed to fit what was going on around me at the time. In the manual, the marine was to identify the nine elements usually encountered in a combat environment. My research suddenly became more meaningful when I read those nine elements. I was trying to understand the rampart, deep fear of executives I served. Remember ’08? Everything shut down. I never saw anything like it in the 20 years I was in business. I actually created a successful seminar course on overcoming those nine elements in ’09.

All business is combat, but instead of artillery, we use e-mails. Like combat, the environment involves logistics…supply chains…strategy…resources. We try to “kill the competition.” In short, business is conflict.

Different forms of conflict happen in business, and among them are mergers, acquisitions and management changes. When they occur, these nine elements occur, and they seemed to apply now.

I would like to offer them up for your review because the reality is, it’s just business. Things can always be worse.

1. Violent, unnerving sights and sounds — e-mails, doors slamming, security escorting people off the premises, shouting. A former boss when I first started in advertising went to lunch and when he returned, the contents of his office were in a box outside his office. The security guard met him and showed him out. You are in a meeting with your peers, and the boss announces a management change that suddenly “demotes” you. In business, things happen that unnerve you. How do you handle that?

2. Casualties — Terminations. One sales rep I know had his cell phone cut off during a client call when his company was sold without warning. Another client e-mailed me thanking me for working together. I called him up immediately and asked what happened. He said, as he was packing up his office, that they went in “another direction.”

3. Confusion and lack of information — Rumors, no official releases, inadvertent leaks of incorrect drafts. One key executive’s obituary release was set out 12 hours before he actually died. How did that change morale? Jim Mattis in his great book Call Sign Chaos wrote: “Digital technologies can falsely encourage remote staffs to believe they possess a God’s-eye view of combat. Digital technologies do not dissipate confusion; the fog of war can actually thicken when misinformation is instantly amplified.”

4. Feelings of isolation —  No one bleeds for you. You see people getting fired and are grateful it’s not you, but wonder if you’re next. People suddenly become extremely quiet and suspicious. When I was being fired in my second job after teaching, I went around with a petition to the account executives I had served faithfully over the past year and asked them to sign it to keep me onboard. One of them, Dennis S., actually cried and said, “I can’t. I have a family.” My next job was a creative director for a major B2B agency.

5. Communications breakdown — Silence. Days can go by without any indication of what’s happening. Productivity drops like a lead weight as people talk about “what if” scenarios. We practice “cell manufacturing” at our company because everyone needs to know where they said.

6. Individual discomfort and physical fatigue — You become a bundle of nerves. People whisper. Someone says “Good Morning,” and you wonder what that means.

7. Fear, stress, and mental fatigue — “Am I next,” invades your mind, and never leaves. Followed by “Get it over with.” You make mistakes.

8. Continuous operations — Projects are needed, now. Sometimes, you work around the clock to meet the deadlines. You feel, “It’s never enough.”

9. Homesickness — You long for the way things were. If only you could go home.

When things go South in business, there are always reasons. But as my friend said, “Things could always be worse.” It’s important to keep things in context.

What do you think? Let me hear from you.

One thought on “Things could always be worse”