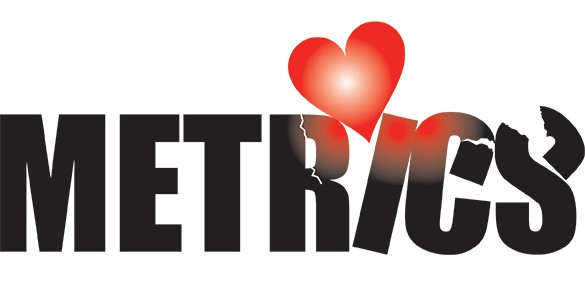 A major publisher’s rep was sharing lunch with our company the other day, and as usual, we were discussing media buying and other topics. We asked him if anyone uses BPA® statements to evaluate media. He said, “I haven’t been asked for a BPA statement in five years.”

“Then what metrics are people using to purchase media?” we asked.

“Feelings,” he said without hesitation. “If it feels good, they buy it. No one knows anymore what a 1-year, 2-year or 3-year means anymore.” He was referring to a portion of the BPA statement of course.

Earlier that week, we were interviewing another major advertiser along with BPA who is our client. We are doing a series of interviews with agencies and advertisers trying to determine the relevance of metrics in today’s media buying world. This advertiser came out and admitted, “I never use BPA. Until you called to arrange the interview, I never heard of you.” When we inquired how he purchases media, he responded: “I examine the editorial content, and if it is relevant to us, that’s usually a sign. But, I really buy it because it feels right. I’ve been doing this for many years.”

Feelings should have nothing to do with purchasing media. Like math, when you add two and two, you get four. And while you can feel one way or another about it, the result is still four.

Precision is one of the reasons programmatic media buying is on the rise. According to eMarketer, programmatic spend is projected to be $9B by 2017 – up from $3.3B this year. The reason is that buyers believe that using such techniques doubles the effectiveness of ads. The advertiser we interviewed admitted to us that “No one ever called me and said I saw your ad.” Many in the business world believe that cross-platform measurement advances are going to usher in a new age of “hyper-targeted and effectiveness advertising” across a wide array of media. They seem, in fact, desperate for measurement.

Is the pendulum swinging back to metrics?

The short answer is “No.” Because when you take a closer look at what is being measured, you quickly realize that no one knows. Despite people saying they want certainty, not only isn’t certainty in the digital arena, but what looks like measurement turns out to be smoke and mirrors. Adweek’s eye-opening article “World Wide Ripoff” explains what is really going on behind the scenes in measurement today: fraud. Wenda Millard, president of Medialink, said, “In most people’s wildest dreams, they wouldn’t imagine how much [questionable traffic] there is. People should be very, very worried.”

And that’s just the beginning. Dushan Batrovic and the Difference Capital team give you real life examples of how automation in banners ads can damage a brand in their dramatic report, “When Mad Men meet Flash Boys.” In fact, one of their central questions is, will fraud derail programmatic? The bottom line is while everyone is “perplexed” about programmatic, it doesn’t stop them from buying it because “it feels right.”

But we all know that things that feel right, may not mean they are right. The fact is, media buying is really disguised customer service these days. Media buying today follows more the rules of making the buyer “feel good,” rather than demonstrate accurate metrics. McKinsey pointed this out several years ago in one of their articles, “The ‘moment of truth’ in customer service.” More recently, in “Customer experience: New capabilities, new audiences, new opportunities,” they said that today’s consumers do not buy just products or services—more and more, their purchase decisions revolve around buying into an idea and an experience. That seems to be the case in what we are hearing from our media sellers and buyers.

What Goes Around, Comes Around

But then, things haven’t changed that much – except now, even the metrics are based on “feel good” rather than solid evidence. Years ago, I witnessed an exchange between a media seller and an advertiser where the media seller complimented the advertiser on the “vest” she was wearing, and walked away with a $60K schedule. That was AFTER we had demonstrated to the buyer with clear, unmistakable statistics using BPA statements on why that media buy was far inferior in that particular market to other choices.

More recently, we demonstrated the waste of an investment with a particular publication because they had “dropped” the business reply card. While many people think this card is “old technology,” we conduct experiments with publishers and actually underwrite the fulfillment of this card with their advertisers to great effect. You would be surprised to see the quality that comes through this channel to advertisers – who often simply overlook it; they are so busy. After all, who in their “right mind” fills out a card in this digital age?

The advertiser purchased six pages, despite our arguments. And while you can also argue because the buy was back covers making the exposure worth it, there is no way to determine if it is “worth it.” Exposure is always and will always be fuzzy. The absence of the card was the last link of true measurement (yes, I am even counting QR codes and dedicated 800 phone numbers). And before you say digital is more accurate, remember HITS is as someone said, “how idiots track success.”

In case after case, relationships seem to trump metrics, because no metrics are being considered. That’s the dirty little secret in what is being bought and sold these days in advertising. No one – not any of the great metric companies or publishers in the world – can tell you how many of your true targets are in their audiences. In fact, they can’t even come close. But, was it ever the case?

I remember many years ago when the rep for a major radio station in Chicago contacted one of our clients, who called us to look into buying radio. Our first question to the rep was, “Can you tell me how many facility managers (the audience we were trying to reach) are listening to the Cubs game each day?” The rep looked at me and had no idea what I was asking. He proceeded into his pitch on how they have unbelievable metrics, but could not demonstrate one bit of true demographic information on the audience we were interested in. We didn’t buy it, but the client did.

In another incident some years ago, the president of a company wanted to advertise in a major consumer magazine with a product that was not even sold to consumers. His reason? Just do it. The rep came in and cut the rate in half – from $80K to $40K “for a first time advertiser.” That was actually when we began to question the real “value” of what we were buying.

Our creative strategy and media strategy was probably the predecessor of what people are now calling “native advertising.” We created a page to look like the editorial of the magazine – complete with Q and A, illustrations in the style of the magazine, the works. We told the client, “but, we can’t send it until the extended deadline.” We knew that it would be rejected by the editor (editors control consumer magazines), and so we had an alternative where we changed the typeface. We knew the magazine would “demand” to run “advertisement” at the top of the page, but we would make that a non-negotiated item. We wanted it to be truly native.

The bottom line was the ad ran in a slightly different typeface, and the calls to the client went from 10 per week, to 500 per day for a couple of weeks when the ad hit. Some will say we tricked the readers. We would say, we informed the readers in the style they were accustomed to. We didn’t know it at the time, but that was really what native advertising today is all about – losing the advertising and going native.

In reality, media buying based on feelings never works. But, neither does buying with metrics these days. In the world of click-fraud and everything else going on, the turmoil is irresistible and creates chaos. As it was pointed out in KSM’s powerful “State of Media Report,” the Internet superhighway is headed for a massive pileup.

So, what’s a person to do? On Shoot-the-Chutes, a featured attraction at the old Riverview in Chicago, you’d sit in the ride, and an iron rail would descend in front of you to “bolt” you into your seat. A voice over a speaker would yell: “Keep your hands inside of the boat! Don’t put your hands outside of the boat! Hold on to the rail!”

Actually, instead of just holding on, we have to create new metrics to determine, in reality, what we are buying – but more important, what is being sold. What those new metrics will be remains to be seen, but it will involve something no one except direct marketers really measure: sales. Because since this is the Age of the Customer, sales are what really counts – not exposure. Of course, you have to have exposure in order to start the sale, but then, in this Age of the Customer, they are coming directly to advertisers not THROUGH publishers, but through this thing we call the Internet. Just ask Google.

Besides, trying to determine metrics (even Google can’t tell you yet who is visiting you, or can they but don’t) is a very difficult proposition. Publishers have to keep the confusion out of what they are selling. Thus, they continue to use words like clicks, “viewability,” and other language because their audience – our customers – are going around them. Indeed, in this Age of the Customer, the real dirty little secret is they are really not selling anything. It’s actually the customers who are buying!

The question is, how do you measure that? Respectfully, look at the cash register!

For more discussion on what’s going on in media buying today, contact us.