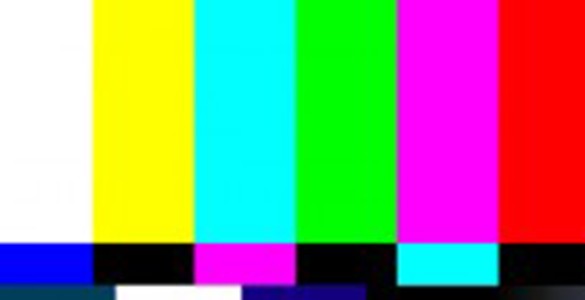 Are you a channel surfer? Do you constantly click the remote looking for the next interesting program? Continually search and click on the internet? Do you believe people only watch one channel, or they are giving up print for digital?

People often blame the “attention span” for this disruption. But that’s wrong. The human “attention span” is limited for sure, but what limits it is each individual’s interest. It’s really the number of channels that’s causing our shortening attention — not us. If you had only two channels, you’d use only two channels. Today, you have lots of channels to follow our interests. So we use them (see my blog on the Maslow Challenge).

We don’t disregard one channel for another. We might prefer one, but the fact is, we will use whatever is at our disposal when we are on the hunt for information we need. You see, we are now in control, not the channels. Before, the channels were.

What is clear from our research is that magazines are no longer as important a channel for people seeking product information – something manufacturers should realize realize. They are NOT dead, but they are no longer as relevant as the ONLY channel available. Nor is digital the answer. And that’s the thing: people think it’s all or nothing.

It’s not. Let me explain what’s going on using the fashion industry.

This industry is using ALL the channels available to it to blast out its branding messages, and they are well aware of the sagging influence of magazines on brands. Just recently, magazine publishers have been informed that the Calvin Klein brand  will take a new “consumer-centric” marketing strategy. It is going to shift to a “digital-first, socially amplified model, with video the preferred format.” According to WWD, Klein “will be exiting pure print advertising effective February 2019… all future partnerships will be led by digital content and will only consider print pages as a complement to these programs.”

That’s huge. But it is really an indication of not only channel choice. It shows that today, no one really knows which channel is firing on all cylinders. So the lure to “cut costs” usually translates into dumping print for digital — which may be entirely wrong.

Of course, there is no denying print is undergoing enormous pressure. An issue of Harper’s Bazaar we received six years ago (we receive over 1,000 magazines each month in our office) was 450 pages. The first 100 pages carried all advertising – not editorial!  The publisher’s statement read like this:

HARPER’S BAZAAR, a print and digital publication, is targeted to modern women who believe that fashion is a fabulous opportunity for self-expression. By featuring clothes that readers can imagine in their wardrobe, that they can see and buy, Bazaar makes fashion less remote and more welcoming. Ignoring general interest trends, Bazaar devotes its editorial solely to fashion and beauty to provide readers with a truly focused environment that is both sophisticated and accessible.

The published page rate for a page of four-color advertising at that time was $113,465. Even with agency discounts factored in, you’re looking at really a lot of money for a brand to push its wares in front of “modern women who believe fashion is an opportunity for self expression.”

Today’s issue was far less in page count, the brands have gone elsewhere, including direct to consumers. This translates into far less advertising dollars involved, and as those dollars disappear, so do the pages. In seeking “ideas” or “content,” people have more channels from which to do their consuming.

Everything is an Ad

An executive at one of our client companies recently pulled me aside and asked me, “Did you see so-and-so’s shoes? He never takes care of them.” The individual he was talking about was the national sales manager, who may not have known that not shining his shoes makes a statement of self expression. However, it was and is. He was advertising about himself.

Everything is advertising (are you wearing a logo on your shoes when you work out?). Advertising begins a conversation. People who see and read advertising (or shoes) make judgments. The problem today is there are just too many places to show your shoes or your advertising.

Magazine advertising is different than other forms of advertising, and to simply dismiss it because it’s changing might be a mistake. For one thing, it lasts longer than an e-mail. For another, you can touch the printed age. But, it’s the very definition of what an ad is or is not in a magazine has changed forever. This causes people to jump around even more (i.e., witness the growth of programmatic, which is really spraying and praying and wasting lots of money).

Facility managers or architects looking for a solution to a problem goes to many sources (reps, peers, magazines, internet). There’s just a lot of places to do that these days.

Six years ago, the claim was magazines were used 14% more than the Internet and 13% more than newspapers. The  MPA – The Association of Magazine Media — which is the primary advocate and voice for the magazine media industry reports such things . Today, you can download their 124-page Magazine Media Factbook.  And while there is no doubt that these pages contain “audited, accredited and validated facts about the power of magazine media for you to reference and incorporate into your daily conversations,” the fact still remains that print is disappearing before our very eyes. IBISWorld, and other organizations that study such things, reports that, “Continued decline in print advertising spending is expected to persist, driving the Magazine and Periodical Publishing industry’s revenue down…Print advertising spending, the main determinant of revenue for magazine and periodical publishers, has declined every year since 2011. With the rise of digital media and advertising, companies must increase the use of digital advertising in lieu of traditional print advertising, which limits the industry’s largest revenue source.”

This research is conducted by GfK MRI , an organization that provides  reliable and comprehensive view of the consumer and media marketplaces. Yet, who can deny their own eyes? Magazine page shrinkage is undeniable.

We Are All Publishers Now

“For the past decade, marketers have been adjusting to a new era of deep customer engagement. They’ve tacked on new functions, such as social-media management; altered processes to better integrate advertising campaigns online, on television, and in print; and added staff with Web expertise to manage the explosion of digital customer data.” Yet in our experience, that’s not enough. To truly engage customers for whom “push” advertising is increasingly irrelevant, companies must do more outside the confines of the traditional marketing organization. At the end of the day, customers no longer separate marketing from the product – it is the product. They don’t separate marketing from their in-store or online experience – it is the experience. In the era of engagement, marketing is the company.”

How true it was and is should be apparent by simply looking around. You can argue that advertising is “push” communications, but isn’t that the point? I don’t know a website in existence that isn’t pushing its point of view, its content. Pushing and pulling are what communications has always been all about.

The advertising channels will keep reproducing.  Just make sure some of them are your own. And do not overlook the power of a magazine as it redefines itself (i.e., one of the clear leaders in publishing is the Business of Fashion, a company who has gained a following as an essential daily resource for fashion creatives, executives and entrepreneurs in over 200 countries. BoF began as a project of passion,  to fill the void for an informed, analytical and opinionated point of view on the fashion business. Last month, an 80+ page magazine landed on my desk to supplement its extraordinary website).

Part of the redefinition of advertising and magazines is being done not just by BoF, but by Amazon, the ultimate disrupting machine. Amazon just mailed out printed holiday catalogs to millions of its customers across the United States . Titled “A Holiday of Play” it was packed full of the hottest toys kids are going to want. It used no pricing: just barcodes. It was 70 pages (imagine the cost to mail it!).

For more conversation, or to express your opinion, go to http://intrln.com/contact and talk to us. Or just make a comment here. Thank you!

p.s. We know that there are lots of other factors in deciding to use magazines versus other media. If you’d like to have that conversation, we would like to participate. Thanks for your time!