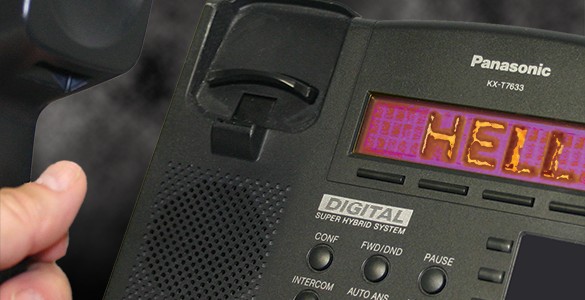 (This story is true; no names were changed to protect the innocent.)

“This is Jim Nowakowski, I’m returning your call.”

“Jim Nowakowski, you called me.”

“A little while ago.”

“Now, this is interesting. I’m returning your call, and I know who you are, but you don’t know who I am and you called me first.”

“Interline…yea… right! Just a moment…There you are. You downloaded our media kit and I was wondering if you had any questions.”

“Well, yes. As a matter of fact I do. Your media kit doesn’t mention if you are audited. Are you?”

“Oh yes. BPA. Would you like me to send you a copy?

“No thanks. We are member of BPA. Give me a moment…I’ll get your statement.”

“It’s the largest in the market!”

“Do you know what an average means?”

“So where did the other copies go?”

“No, it’s like this. We added these people into the circulation, and the average is 112,000 each month for six months.”

“Audit Bureau of Circulations. Or what they call themselves now, the Alliance for Audited Media.”

“Never heard of them.”

“I’m not saying BPA is better or worse. I’m saying that there are other alternatives out there if you don’t like what BPA is doing. But from what I see, BPA is doing their job. But, let me ask you another thing. I noticed in paragraph 3b you have a three-year file of 5%, a two-year file of 19%. That’s almost a quarter of your circulation you haven’t touched in two or three years. That’s a lot.”

“No it isn’t. It’s what other statements have.”

“But I’m looking at your statement, not others. And I assure you not all publications have the three year percentage.”

“Well, the point is, besides having 25% of your circulation in doubt, if you look at 3b further, you show 88,000 in ‘Sources other than above’ listed in the one-year qualified. Who are those people?”

“These are the people we added. We use a direct mail list broker.”

“Listen! It’s the segment of the market that wanted our magazine for many years, and we finally are going to give it to them!”

“So are you saying all of these 88,000 asked to receive your magazine this year?”

“No it’s not. We kept e-mailing them until they accepted.”

“Tell you what. Can you send me a couple of issues of the magazine?”

“I don’t know what you are asking.”

“I’m not asking you to give me them to use them. I want to see them as part of our evaluation. I’d like to call them up. After all, the numbers we are throwing around don’t inspire confidence.”

“I don’t give out names. You can get leads by running ads in the magazine.”

“I can give you titles.”

“Do you have a reader service card?”

“It’s the card that you bind into the magazine that –“

“You mean a business reply card, a BRC. I can tell you that we don’t. Our audience doesn’t really use that.”

“Then you might as well keep the issues you were going to send me.”

Moral: If you forget who the customer is, you will always lose the sale.