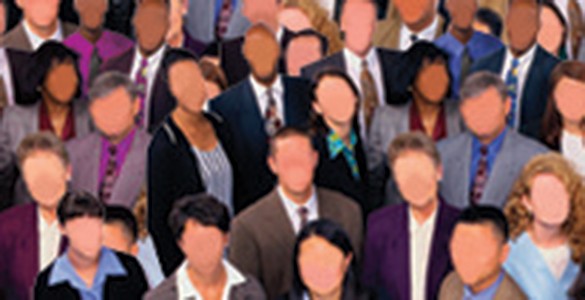 I remember as a kid, I’d kept asking why of my Mom, until after a string of “Whys” I would frustrate her so much she would say, “Because I say so!” Then I’d ask again, “Why?” And she’d smack me, or pretend to smack me as I ran out of the room.

Asking why sometimes leads to dangerous places. But I have found – and I think you will agree – that unless you ask and keep asking the question, you really never find out anything about the truth. Niccolo Machiavelli writing in “THE PRINCE” in 1513 said it this way:

Machiavelli was all about why. Later, Jim Lovell, Commander from the Apollo 13 mission put it another way:

So asking why eventually leads you to truth. And, making things happen.

After 19 years of being with our business bank, we decided to part company. It started several months ago, when we had to put a stop payment on a check for $6,000. Now, we have never done this. We have been very fortunate in our business life (though we have had fraud committed on our accounts and experienced all the other hazards of doing business these days). But not really a stop payment.

When my office manager returned saying that they wanted to charge $25.00 for that service, I drove over personally and saw the Vice President, who I knew. “I’m sorry,” he said. “But that’s our policy.”

“Really? No exceptions?” I asked.

“But, I’ve been banking here for many years. You have benefited from holding our money.”

“Sorry. There’s nothing I can do.”

“But why?” I saw his frustration growing. And like my Mom, he said, “Because, it’s our policy.”

Abrupt. Final. I made the decision to eventually leave the bank at that moment.

Last week, after our checks had cleared for a couple of months, I showed up and waited for fifteen minutes to see the VP. He smiled, shook my hand, and said, “Nice to see you. What can I do for you?”

He smiled, opened his drawer, and pulled out a form. Still smiling, he said, “How’s business?”

“Great,” I said. That was his opening to ask the question, why. But, he didn’t take it.

He didn’t respond. “I’ll need your driver’s license,” he said, smiling, and proceeded to fill out the form. I noticed an open Mountain Dew can, a bottle of water, and the funny papers neatly folded near his phone. After he finished the forms, “This will take a minute,” he said. “I’ll be right back.”

As I sat there, I thought about Why. When I said that business was great, it was the perfect opportunity to ask why I was closing the account. Maybe he didn’t care. Maybe they taught him not to care. It reminded me when I canceled my Harvard Business Review subscription after 20 years. No one cared. No one asked me why. Then I realized: when you ask why, you show you care. They simply didn’t care.

When the check came and I left the bank for the last time, I knew why I had closed the account, but the banker would never know. He would never know what a relationship really means. But that’s OK. Some people can’t handle where the Why takes you. I wonder why?