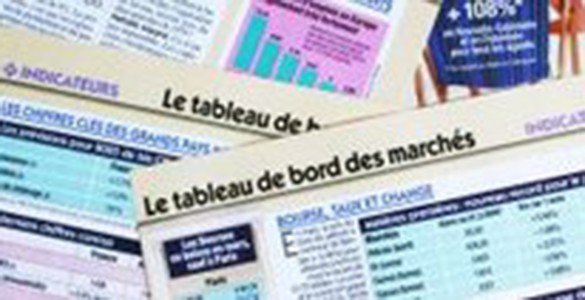 Magazines are still in flux – and under attack since we wrote this a couple of years ago, and perhaps it has gotten worse. For example, according to the Wall Street Journal, Fortune is planning to publish about one-quarter fewer issues annually and make other changes, joining the ranks of publications scrambling to reinvent themselves in the continued advertising downturn. I cancelled my print subscription to the WSJ after 25 years, not because I don’t enjoy reading the print edition, but because of the way it has been delivered to me since January. The problem with most magazines today, according to Andrew Rashbass a top magazine executive, is that they have traded the courage of their convictions for commercial interests. Whatever the case, it continues to be turbulent for business magazines.

For example, US online ad spending will exceed the total spent on print magazines and newspapers for the first time per eMarketer. In fact, if you want to see the latest statistics on advertising spending, including magazines, the CMO Council has them for you. In addition, total ad pages in magazines dropped 38% since 2008.  But there is good news in this, because while many blame the Internet, but we believe that part of reason – if not the main reason – is the failure of the industry to understand the changing needs of its readers and how they want to receive specific information – that, and for taking for granted that business “will always be the same.” Because guess who is getting it? The non-traditional publishers of content!

Consider that online fashion retailer Net-a-Porter was planning to launch a printed magazine in 2012. They carried it through, and are very successful. Walgreens is launching a new glossy 28-page magazine available in English and Spanish. In fact, s0me magazines making it big time in these difficult times.

Within our marketplace, a b2b magazine operates by attempting to bring advertisers and readers together to “conduct business.” Yet, because of the flux in that marketplace and other communication channels opening up, it becomes increasingly difficult to find out how readers seek, gather or even want information.

For example, MAGAZINE A was a publication in in the B2B arena, but today, it no longer exists. One of the things that happened before it crashed illustrates the opportunity in front of all of us. Here is the story.

We had an ad running in it for a number of our clients that drove people to a Website we had created called www.contractor-resource.com. At this Website, we collected information for our clients from readers who would either 1) come to the Website and request information, or 2) circle the reader service card if the magazine had one. And here is where the problem – and the opportunity – occurred and why we are writing about this experience.

MAGAZINE A ceased publication with its March 2009 issue, but didn’t tell anyone, and then published that issue in September 2009 (probably because they want to receive the last-gasp revenue from the advertising)! When we started receiving leads from this final issue, we called the leads as we always do, and were asked point blank where the “other” companies were that were in MAGAZINE A could be found on our Website, www.contractor-resource.com. Apparently, the magazine cut the readers service card and made it impossible for the reader to get information from the advertisers. The readers were going to our website, and thought it was the magazine’s! We capitalized on this opportunity, and put many of the advertisers from the now defunct MAGAZINE A on our Website, where we collect leads and send them back to the advertisers.

We believe the time is perfect for such opportunities for the following reasons, especially since the explosion of the social media channels. First, according to the Magazine Publishers of America, the growing composition of public-place readers among total magazine audience has fueled advertisers’ interest in understanding the effects of circulation source and price. When you can get 50 “likes” on Facebook for $100, but it costs you tens of thousands to “maybe” get some inquiries, what’s to figure out where to spend your money? Advertisers are learning this, and magazines have to deal with it whether they like it or not.

This “examination” of circulation and price isn’t just happening with the “public place” readers – it is happening in our own trade magazine arena. Advertisers continually question the “value” of advertising, and we have to tie in the circulation to that justification, and more. For example, agency-incentive-compensation agreements are here to stay. Just what are advertisers buying is the subject of our recent white paper, which shows that in many cases, what is thought is being bought doesn’t exist. Also, see our blog on Why Media Buying is Dead.

More important, what is “advertising” is being redefined. This further confuses the issues and presents even more opportunities. Talking to one publisher today, he is offering an advertiser “custom content” along with advertising to help them penetrate his audience. Just a few years ago, editorial as advertising was one of the few places you just couldn’t go. Now, everything is fair game. The real issue is how do you make content that’s compelling to a reader that doesn’t feel like an ad says Economist magazine Paul Rossi.

The real measure of advertising, however, is in the follow-up – the back room – where the action happens, and that is a specialty. Let’s face it: Many advertisers don’t have the back-room structures in place to monitor and fulfill the activity from a magazine, much less understand its value.

At Interline, we must understand circulation’s relationship to readership, and to sales – not just building a “bridge” between buyers and sellers, but actually creating ways to push those two pieces together. Our interests are to help both sides become better marketers by offering a wide-range of services. All of these services are centered on one thing: driving response.

Affinity Research LLC noted that based on interviews with more than 60,000 magazine readers in 2005, on average, more than half took or plan to take action as a direct result of exposure to specific print ads. How does a magazine currently show that to advertisers? Reader action levels were similar for both paid and non-paid readers. It is this “action” that this channel can capture.

Our experience in not only tracking such activity, but documenting the sales activity that results from proper lead management, will help prove the value of advertising in your magazine!