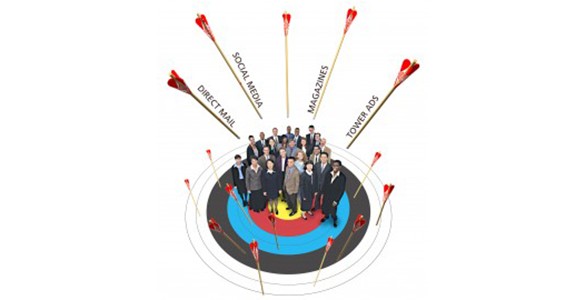 A 31-page white paper on inquiry behavior in trade publications has been published by ACCOUNTABILITY INFORMATION MANAGEMENT, INC. (AIM), Interline’s sister company, and a leading B-2-B research company. AIM conducted the research on which the white paper is based on behalf of BUILDINGS magazine, the leading trade publication reaching building owners and facility managers.

Called Inquiry Behavior In Buildings Magazine, the white paper is based on one year’s worth of inquiries from the following response channels available to BUILDINGS magazine readers: eResponse (generated from monthly eblasts), fax (faxed in print cards), Internet (online web inquiry card), and mail (mailed in print cards). Tony Dellamaria, the publisher of BUILDINGS, provided the leads for the analysis.

The explosion of digital channels is profoundly affecting response patterns in business-to-business publications. While it’s not known how many leads came to advertisers directly via their websites or microsites, this study gave us the opportunity to examine such shifts first hand. The white paper provides marketers with a great base for future decisions with information such as cost per lead, and even what a lead is.

Anyone doubting the effectiveness of advertising will benefit from this white paper. And anyone who wants to convince management what happens when you run an ad will have a great deal of proof to support that argument from the tables within the paper itself.

For example, one of the leading research magazines — Quirk’s Marketing Research Review — just published an extension of this original research, which focuses specifically on how the Web has affected lead generation for BUILDINGS and other B2B publications (it was an honor to submit and be accepted!). Just drop us a note (inquiries@a-i-m.com) and we’ll send you the original research.

Finding proof for advertising, in fact, is on ongoing battle, as AD AGE, one of the leading magazines in the advertising trade, noted in a recently conducted webinar entitled Half of my Creative is wasted…I Just Don’t Know Which Half. The title was based on a famous quote by the retailer John Wanamaker who built one of the largest department stores of our time when he said, “Half the money I spend on advertising is wasted. I just don’t know which half.” Or at least, that is the legend.

The presenter – Gary Getto, who runs Advertising Benchmark Index – acknowledged that “waste” is the problem, except they are trying to get closer to the answer to Wanamaker’s dilemna. He uses (in his business of Benchmark Index) Internet Panels to “judge” advertising before and after it runs, similar to Nielsen who uses panels and people to judge programs on television, as well as the advertising. The point they made is that despite all of these efforts, judging advertising is extremely difficult, and this is true most especially in the business-to-business marketplace, where the disruption of sale can occur at a variety of points along the sales channel.

Marketers must decide what is and is not response, while considering that there are hundreds of “touch points” which can provide an inquiry. In another recent study for a client, the ad investment was almost half-a-million dollars in print and digital space for the messaging, producing a cost-per-inquiry to $55. The total circulations for both print and electronic advertising was 4.4 million. This means that it cost approximately $.08 to reach an individual with a message – if we believe that every reader of every magazine saw the ad. Which they did not.

Studies such as the BUILDINGS white paper can play a role in understanding such investments. For example, the ads in our recent study scored better than average in terms of gaining awareness (getting people to “see” the ad); 66% of every audience measured reported seeing the message. But that means 34% of the market missed it.

This is not unusual (though publishers would have us believe the entire circulation sees an ad whenever it runs). The fact is, the highest seeing score (seeing by the way is NOT response), was a 99% score measured by by Starch in a BUSINESS WEEK issue that carried a Honeywell “pop up” insert (that is, a city “popped up” when the reader opened the insert). The interesting thing about that statistic is 1% missed it — and you miss the 3-D pop up insert by NOT opening up the magazine (which, by the way, does happen!). Care must be exercised whenever measurements are provided.

In any case, the BUILDINGS white paper offers sound arguments about the behavior of readers in this digital age we live in. Hopefully, it will help you when you shoot your marketing arrows into the air, it will help you figure out the “where” they fall! For more information, or if you would like to have a discussion on the impact of the Internet including social media on lead generation, or a copy of the white paper, go to here and talk to us. Thank you!