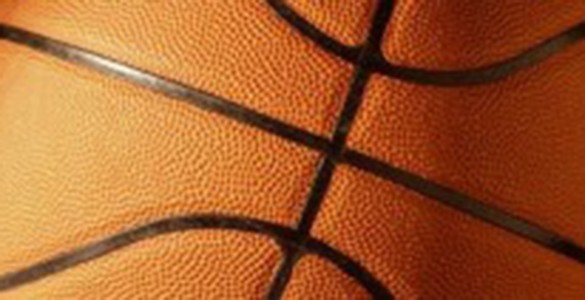 (originally written in 2012, this blog now nine years later foretold the blogger-as-influencer movement. I just updated it based on a webinar held by Business of Fashion entitled: “What Makes the Perfect Influencer Collaboration?”)

The world is changing, and those days are over pretty much. Or…

An APPAREL magazine article discussed how bloggers are the latest tool fashion brands are using to promote their products – “and one need look no further than the multiple collaborations some brands have orchestrated with bloggers for proof that this is true.” Bloggers are the new Jordans. Only they are a lot more cost effective.

But wait a minute: I thought “social media” was supposed to shun advertising[2]? My writers have been telling me to keep the sell out of my tweets and postings– or risk being shunned. Really?

Take Danny Chung, a 24-year-old “social media strategist” who was cited in the article. He wrote about personal style and the fashion industry on his blog the modman, which today doesn’t exist. In fact, the last time Danny posted was 2015.

So much for remaining relevant. Back then Danny observed quite rightly: “We’re in a time where there’s so much competition among brands that are vying for consumers’ attention, especially when it comes to digital and social largely because they want to tap into the audience and be exposed to a new consumer base.”

Let’s make a slight correction: this isn’t a new consumer base. It’s the same consumers who have taken to the social media air waves. And, Chung and his fellow bloggers have tapped into a gold mine.

The problem is: the exponential growth of bloggers, who are now called “influencers.” Combining the estimated range data for TikTok, Instagram, and YouTube leads to a total range of influencers of between 3.5 million to 42 million.[3]

Think about that: all a blogger/influencer has to do is convince a brand they have influence, and bingo: they are Michael Jordan. But don’t believe me: read what APPAREL reported:

In late March, Chung announced that he would become a Coach guest blogger, a month-long gig previously executed by 11 other bloggers to date. The bloggers use Coach bags and apparel to create three looks that are featured on the brand’s website. In exchange, the bloggers feature posts about Coach products on their own sites. Chung used items on loan from Coach to show his readers how to work the brand’s bags into their own wardrobes. A post offering an inside look at the inner workings of Coach’s leather goods workshop followed in July.

In 2012, I wrote this: Anyone can blog. By definition, that means anyone can be like Mike. Talking, endorsing, and talking again. It’s a beautiful world we live in.

According to APPAREL, Chung declined to say whether he was paid for his work with Coach, but that he expected “the exposure his blog would get from the partnership would be payment enough.”

But some bloggers do take money (i.e., another guest blogger is quoted as saying anybody that renders their services wants compensation. And, Chung has passed on other opportunities because he “didn’t feel connected fully with the brand or the product.”).

Our point in 2012 was that if you are on the Internet, you can be paid for your opinions IF you get a following. But then, how different is that than what traditional advertising was for the testimonial?

Heck, what is advertising anyway?[4] The line continues to blur!

One of the things about Business of Fashion is the incredible discussions that take place on their webinar broadcasts. On May 4, 2021, they hosted Caroline Wright Turnipseed, Founder, CWT Consulting Group, Raissa Gerona, Chief Brand Officer at Revolve, Venita Aspen, Content Creator, and Alexandra Mondalek, Senior Editorial Associate, BoF in conversation with Lauren Sherman the BofF host of these events. The topic — What Makes the Perfect Influencer Collaboration? – reinforced what I was saying back in 2012.

For example, partnering with a brand is what the influencer does; he or she builds their following, putting them in the position of having an audience that the brand seeks.

Unlike the past, where brands paid media outlets to reach audiences, these influencers control a sizeable portion of people who relate to them as people: which was one of the secrets of their success. You see, they LISTEN to their audiences. They know what their audiences WANT. And, they give it to them. See my blog Hearing what you Want to Hear.

The most successful influences COLLABORATE with brands – they don’t do what the brands want per se, they do what their audiences want and weave in the brand’s story.

Early television was like that. A sponsor of a show would BLEND his content into the content of the show. Sometimes the actor of the drama would step out of the drama and begin talking about the product to the television audience.

It was seamless. Which is what today’s influencers do: produce seamless stories about a brand to their audience.

Caroline Wright Turnipseed made a good point: digital influencers that have established as a lifestyle opened up a new space for brands to enter. “They took the step of creating a co-branded capsule to fill the gap in the company’s marketing – which is less risky than building a team inhouse. They say, ‘Let’s work with the influencer and take her expertise and find out how we can create together.’”

What was not surprising was their reliance on data. In fact, these professionals are data driven. They know what sells, why it sells, what the possibilities are or could be.

I come from the direct marketing industry where testing was the basis of everything we did. We tested offers, colors, headlines, copy, images. We retested and then tested again. That’s what these influencers afford companies large and small like: small-enough audiences to test market an idea before blowing it up as not relevant or taking it to the next level.

One of the used more than any other words in this webinar was authentic. The influencer and his or her content had to be believable. Real.

I remember as a teacher for ten years, one of the first things I learned is you can’t fool sophomores in high school. They see through you instantly, and therefore, trying to BE a teacher instead of being yourself and teaching is the quickest way to failure.

I was very successful for nine of the ten years after failing my first year after I learned that lesson.

The same is true of influencers. Within their audience, they have to remain authentic. Once they leave that center, all is lost. As Venita Aspen said, “The Influencer market is so oversaturated, you have to stay true to your audience.” And if you look her up, you’ll find that’s exactly what she does with her audience!

One of the things that COVID-19 has accelerated is the chopping up of the established media outlets. Now, anyone working from home has a voice. Now, people who get cut from their jobs or find themselves “collaborating” digitally have a choice to make.

And that choice is simple: To be an influencer or not, that is the question. Because in the end, we all influence each other in some way, don’t we?

For more conversation, give us a comment. Thank you!

[2]  Remember those early days, when platforms like Facebook said they would never be used as advertising? Boy, how times change. Ready my blog, the times they are a Changin’. And will Keep on Changin’.

[3] Mediakix was one of the very first influencer marketing agencies who produces statistics like this.

[4] In the Truth about Native Advertising, I discuss this question after participating on a Google panel. The answer may surprise you.