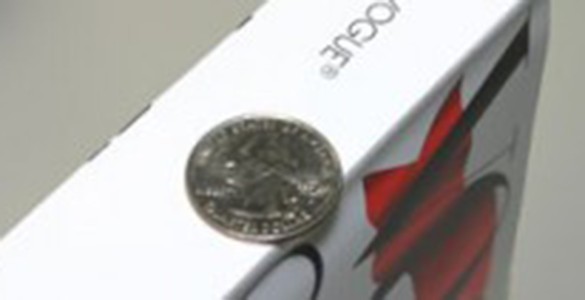 Believe it or not, I like shopping. Not per se, but because I get to see and watch and learn. I was checking out of the local grocery store Saturday with my wife and as I am prone to do, looked at the magazine rack to see the latest headlines. These are the impulse purchase hopefuls, and getting people to “take one” is always interesting. This time, however, I was stunned at the level of transparency – and the lack of differentiation – in the covers. I took three pictures: Hearst’s Woman’s Day (circulation 3.8M), Meredith’s Everyday with Rachael Ray (circulation 1.7M) and Family Circle (circulation 3.8M), also Meredith’s. Here are the covers.

Of course, the pumpkins are obvious, with Halloween a month and a half away. But, look at the subheads: “Fall Comfort Food” and “Comfort Food Favorites” and finally, “It’s Comfort Food Season.” These are the main headlines on the pages! How is a person to choose? I mean, couldn’t anyone come up with something more creative?

These magazines are on the racks for the impulse purchase; they are supposed to stimulate the shopper to purchase. But, was everyone like me? Confused by the lack of differentiation?

I took a poll in my office. I walked around with the covers from the photos I took, and asked people one question: “If you had to pick one, which one would you pick, and why?” There were 18 people in my survey group that day. Six people found it impossible to select so they voted “none.” Six people selected Everday with Rachael Ray, and six people went with Family Circle. Not one person took Woman’s Day. The breakdown from a male and female point of view was uncannily equal: three of the six in each case were male, and three were female. A perfect split.

The reasons for their choices were interesting, too. Most of the people who went with Rachael Ray “loved her” or “liked the human element.” People who took Family Circle went because of the masthead; they cited “family” was an important word. One said, “It’s the one that looks like a real pumpkin.”

One of the primary goals of a business is to differentiate. In fact, unless differentiation exists, how is a consumer supposed to pick – except by price. In a recent WSJ article, “Coming Soon: Toilet Paper Priced Like Airline Tickets” (http://goo.gl/cO01F), Julia Angwin and Dana Mttioli write about deploying a new generation of algorithms that allow retailers to change the price of products from toilet paper to bicycles “on an hour-by-hour and sometimes minute-by-minute basis.” Interestingly, according to the authors, shoppers “are winning the price game about as often as they lose—with about half of price changes going down, and half going upward.” But if differentiation were in vogue (no pun intended), that would not be the case, as evidenced by Vogue magazine, which was NOT in the rack that day, but which had just published its 900+page issue (who said print is dead?).

If everyone is “comfortable,” then to differentiate, respectfully, would call for a little discomfort. Imagine! All the magazines on the rack are talking about comfort food, and your magazine says, “Why a little discomfort goes a long way this season.” At least, I’ll bet, they would pick up the magazine and flip to see what “that” was all about!

Then again, maybe not. Let’s hear from you! How do you differentiate in the age of commodity products, people and magazine covers?