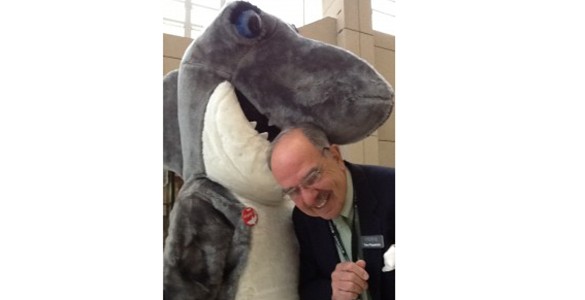 Trade shows are interesting. Some say they are on the decline. The CHICAGO TRIBUNE reported McCormick Place hosted an increased number of trade shows in 2011, but overall attendance and exhibit space use continued their declines. This was according to data posted online by the Chicago Convention & Tourism Bureau. Shows used 6.5 million feet of exhibit space in 2011, off 14 percent from 7.6 million in 2010.

The KBIS® Show in Chicago was one of those conventions they were talking about. Attendance was off by almost all opinions – exhibitors and attendees. But, you wouldn’t know it by Interline, who exhibited at Booth 738. I think Brad Holem, our Chief Technologist summed it up the best in our wrap up meeting after the show. He said, “The effort to put this on was huge. We didn’t have the biggest booth, but we made up for that in effort. We did it differently than anyone else. Attitude counts. 99% of it was attitude.”

Brad’s right, not just because he works here, but because, well, he’s right. We had a GREAT time!

Here’s just part of the effort we extended:

And that’s just the money. We spent hundreds of hours in preparation, working the show, planning. We extended for a company our size a huge amount of energy and resources, and our reward? Remarkable insights that will lead to business.

The 200+ interior designers we talked with gave us profound insights, verifying our beliefs, challenging others. We will publish our latest findings next month (if you want last year’s drop me a note). We offered two CEUs each day in our 20 x 20 booth space, and for every session, it was packed with people. One designer, who was slated to attend a session outside the exhibit hall finally left one of our sessions, saying, “You kept me 20 minutes past when I was supposed to leave!” Brad’s last session – at 2PM on the last day of the show when the show closed at 3PM – was jammed with standing room only as he explained the ins and outs of social media platforms.

All this effort will result in, well, business. But like in any venture, it is difficult to quantify what that really means. We’re not talking about hits and clicks, or unique visitors. We’re talking about real relationships we will form that will result in business for us, and for our clients. It already has.

I just received an e-mail from one of the people we met in one of our CEUs. I also met this individual in the Starbuck’s line the following morning after he attended our session. He wrote to me:

“Great to meet you at the KBIS 2012. Truthfully, I’d say you were the person who stood out most to me at the KBIS trade show (NOT because I bought him coffee!). Hope it will be a success for your firm. I also much enjoyed the life lessons imparted in the Starbucks line about putting a little passion into what you do—if you don’t have it, you should be doing something else. My love is for water systems, so I plan mixing passion into my own career/life.”

What’s that comment worth? This young man took the time to write me that note, and extend an invitation to follow up with him. In the Starbucks line, the woman mixing the coffee was “adding passion” into the coffee. I yelled out with my order, “And make sure you put some extra passion in mine; you can never have too much passion.” She smiled and said, “You got that right!”

A cabbie taking me to the show the next morning said after a brief conversation and unsolicited, “Never deviate from your passion,” and proceeded to tell me about how he made a critical mistake and now is working his way back to following his passion: being a commercial real estate broker.

We met “St. Mark” – a homeless guy who has been clean for a couple of years. I would have liked to follow him to lower Wacker to see where he lived, but I was talked out of it.

The show inside and out was alive with experiences, and that is what exhibitors who do not work the show miss: the experience of a show (see Daniel Gulati’s essay about Stop Documenting, Start Experiencing in HBR http://goo.gl/QbQHU). The thing about experience is that you have to be open to it – you have to enable it by, well, working it. Experience is a two-way street. Like physics, where every action produces an equal reaction, what you give is what you get from experience. Experience is active, not passive, and trade shows are active. We gave it our all, and we were rewarded, as usual, with rich, unduplicated experiences that will lead to business opportunities. Unlike other people (the booth personnel next to us didn’t even show up the last day), we walked away with a boatload of information. Now, of course, comes the hard work of follow up! Watch for our report.

For more information, or if you would like to have a discussion on trade shows, go to http://intrln.com/contact and talk to us. Thank you!