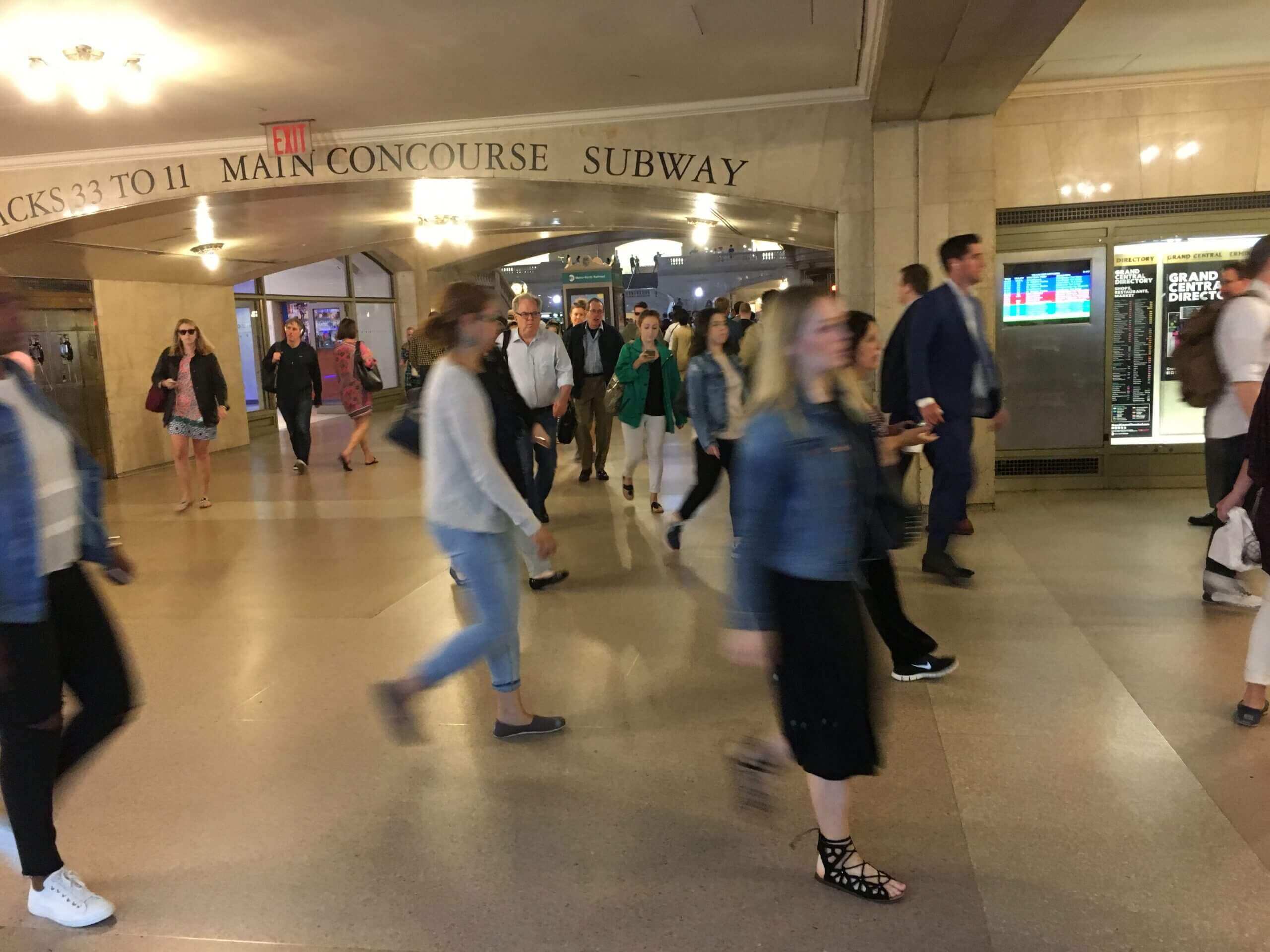 “How was the trade show?” I asked my former VP client.

“It’s not about the show,” he replied. “It’s about the big business meetings during the show.”

I was about to embark on a pitch to get back the client. We had been working for them since 2013, building it up with our services to a steady account. We did the kind of services a marketing partner performs, like CEU creation, administration, fulfillment, and collateral development.

In 2018, the client hired a new marcom manager. The new manager brought their team to meet us. I still remember the meeting: five of their people, five of ours. It was a great session in our offices – you know, a chance to show your stuff.

Over the remainder of 2018 and 2019, the business evaporated. I tried many times to find out why they kept pulling business. “Because,” I was told, “we’re going in a different direction.” It didn’t matter what service was being pulled, the answer was always the same. Something was up.

Regardless of our efforts, I watched helplessly (well, not so helplessly) as the business faded away to zero by January 2020. So, the trade show was the perfect place to make one last pitch.

Why Pitch One More Time

It is important to make a final pitch in situations like this when business has evaporated. Some people think this isn’t necessary. “Suck it up,” they say. “Move on.”

The problem with moving on is you may leave the real reason unconfirmed. If you did make a mistake, you might make it again. And if it was just not in the cards, well, you should know that too.

I immediately came to the point with the VP at the trade show, saying, “When are we going to work together again?”

“But, of course it is,” I said. “We must have did something. We were working really well with you. Then something happened. I just want to find out what.”

“You have to understand people want to work with people from their own network,” he explained.

“I get that,” I said. “But the marcom manager with your team visited us… saw our capabilities… experienced us first hand. Our value hasn’t changed; it has only increased since we’ve been together…we’ve learned so much more. Our work together just disappeared over two years. No real explanation was given, despite our efforts. Something serious must have happened that I don’t know about.”

The VP, who had been holding his phone, held it up and said, “Let’s schedule a skype next week and I’ll tell you what we’re doing. I’ll give you an overview of our marketing initiatives, which have changed over the past two years. And if you want to come back and let us know where you can help, we’ll listen.”

My plan moved forward as I was able to have another meeting that would possibly give me the truth about the situation by learning what they’ve been doing and enough information to re-pitch our capabilities or not.

I had already been through that “redux exercise” with them — twice. During the evaporation period, we had made two extensive proposals, both of which were absorbed and sent to a black hole (or given to other agencies).

Ideas are our product. They are any marketing company’s product. We give a lot of our product away, in proposals and on our websites. Our theory has always been good ideas attract companies who want good ideas.

And that philosophy works. Every client we work with came through that philosophy (including this one in 2013). In fact, when I asked why our newest client hired us last year, they told us: “I think I can learn from you. You offered something the other two agencies didn’t.” Exactly what we want to hear.

But, in some cases, there seems to be something else afoot. Regardless of your ideas, they all fall on deaf ears or worse, are given to your competitor to execute.

I was determined to find out the truth by listening to the briefing.

The following week, the VP outlined four initiatives they were involved in. He said that none of them involve sales, which surprised me immensely as sales is always at the center of any marketing efforts. The initiatives were right up our “sweet spot,” including redoing their website, training, and even sustainability.

It was great information, and the ideas were flowing as I took copious notes. Most companies are going through these same issues. We had been through them before with other clients (that, after all, is the advantage companies like ours have: we work for other clients in other industries who are experiencing similar issues).

Heck, we just won a major project from one of the largest marketing group organizations in the country for a website redesign. And I recently spoke at another client’s meeting on the topic of Sustainability and how architects relate to that topic based on proprietary research we had done for that client.

I pitched five ideas looking for an opening to ask the real question that was on my mind (finding out why). All were met with, “We’re already doing that.” Dead ends. Finally, I pitched PR. He responded that it might be an area we could work in and asked for a proposal.

“Great,” I said, now closing in on asking the question I wanted to ask (Why). “Can I cc you on my proposal when I send it to the marcom manager?”

“That would be a mistake,” he said. “It would work against you if you copied me on that e-mail proposal. It’s going to be the marcom manager’s decision. It’s not my decision whether to use you or not.”

I replied, “I get it.” After pausing another moment, I continued. “We’d be glad to present some ideas to you. I’ll be in touch.”

But I already knew the decision to our proposal. It would be the same decision as the other two.

The moral of the story is: It’s not about you; it’s about them. It always is, and in this case, I just forgot that rule. No matter what we would do, or ideas we would pitch, nothing would happen. Sad, but it’s not the worse thing that can happen (see my blogs What’s the Worse Thing that Can Happen to Your Business, and Things Could Always be Worse).

In the hierarchy of work, VP’s trump marcom managers. If the VP really wanted to work with us, we would be working together. He was allowing the marcom manager to operate independently. It’s not about us; it’s about them.

But, what gets sacrificed when this happens?

Our value increases daily through our pillars: service and unduplicated knowledge. I get the fact you win some and lose some. I understand people want to work with people they want to work with. However, it always is a puzzle to me when a company will sacrifice proven value for whatever reason.

I was reminded of a substantial research project we lost after our proposal. I called the prospect to find out why. It turned out the price was very competitive and the proposal was the most comprehensive they received. I asked, “Then I don’t understand. Why did we lose this project?” The prospect said, “We wanted something more superficial.” I said thank you and hung up, grateful because my company doesn’t do superficial.

I had forgotten, as I did this time with the VP, it’s not about me or my company: it’s about them and what they want.

Robert Henri, the American painter, said in his book The Art Spirit, “You pass people on the street. Some are for you, some are not.” He was talking about an artist seeking models for portraits. In this case, the artist (client) didn’t want us in the picture.

That’s business! Let us know what you think.