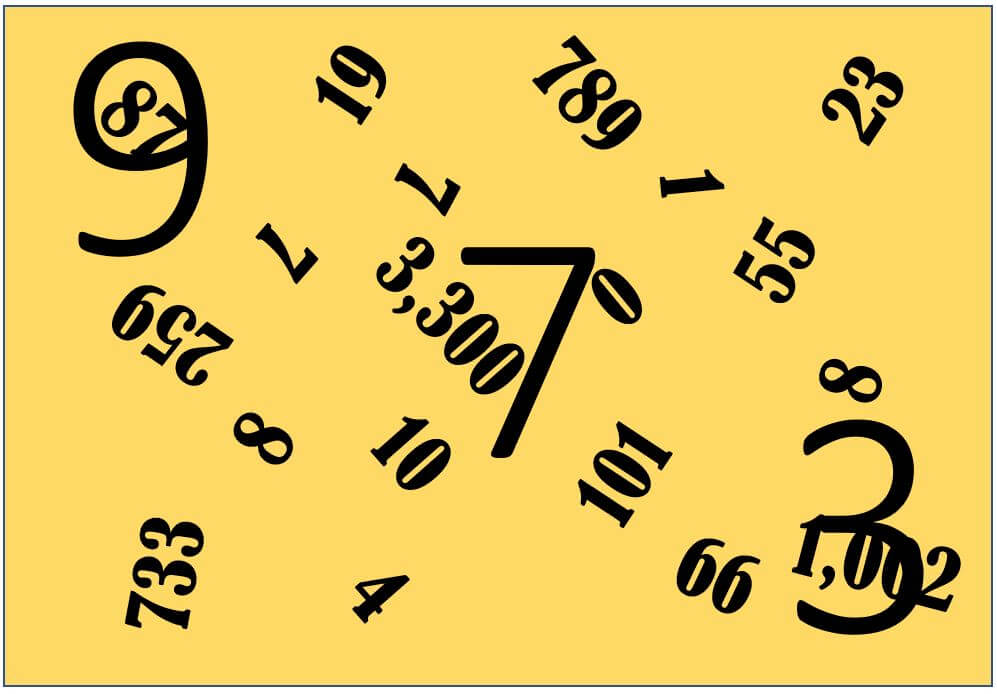 There’s a certainty around them. “Two plus two equals four” is a comforting statement, as opposed to “Hertz is too big to fail.”

But, the problem with numbers is that man is not a math formula. Dostoevsky wrote that in Notes from Underground, one of the great pieces of literature you can read. “Sometimes he just likes to break things.”

Today, perhaps more than ever, agencies and advertisers are basing media decisions on numbers – numbers that really don’t represent much of reality. Consider the table below. 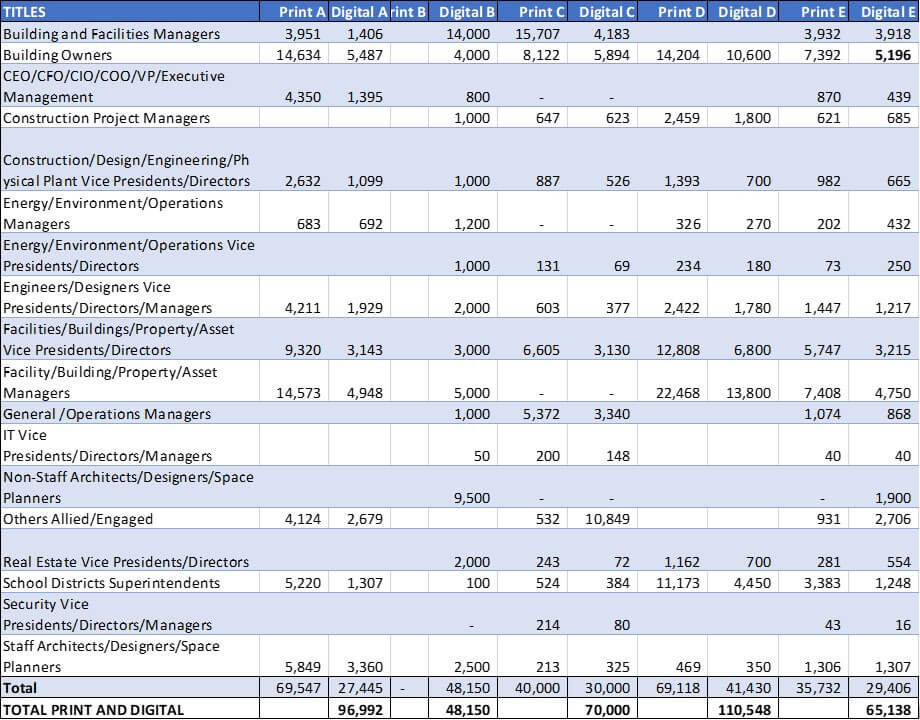 If you were buying media based on only numbers, you would want the highest total number you can get for your money. That would be Media Outlet “D.” Its audience is 110,548. That’s 12% higher than its nearest media outlet competitor.

But, is buying the most always the best?

If you were buying either print or digital and not both and going for the highest number, you’d buy Media Outlet “A” for print, and Media Outlet “B” for digital. “A” has only a fraction above its nearest competitor, so you might have another decision to make. For digital, media outlet “B” is clearly the winner and does not have a print component, so chances are his file might be “the best” in digital.

But, totals don’t always tell the story. Nor do pure numbers.

When you look at a media outlet for a particular “type” of audience, a breakdown of audience is required. In the past, audit statements did this. More and more media outlets are opting for self-reporting these days. Astute buyers of media will get the audit statement when available. They also tap the media outlet for details that are often beyond the media kit. In this case, numbers can be revealing, but might not be enough for you to pull the trigger on the buy.

For example, you can tell from the titles in the table that the media outlets are involved in the building owner and facility manager marketplace. Therefore, we can “better select” from the outlets what should match our targeting to their titles. Depending on your definitions of “building owner” or “facility manager” or other terms, if you wanted building and facility managers, you can start adding totals to do pro forma scenarios on where the largest audience may be. This would be overlaid by whether or you are doing print, digital or both.

You’ll also have to decide how “pure” you want the title, which can be reported by the media outlet, the subscriber, etc. But say you just wanted building owners; media outlet “D” would be your choice in terms of highest number. Building and facility managers as a choice might present a different result.

Media outlet “C” would seem to be the one in that case, but other titles might always have some of these people. Facility/building/asset managers should have these people as well. In that case, media outlet “D” would be the one. Since that outlet had “zero” in the “building and facilities managers” title slot, it looks like they classified those people all in the “Facility/building/asset managers.”

See how confusing it gets when you just stick to numbers?

The Rest of the Story

Basing a media decision on just numbers is the surest way to waste your money.

This is because audiences atrophy at 1% per week – probably more in this day and age. If everyone is shutdown, how do you even know your target is even receiving a print magazine? Or paying attention to the digital one instead of Netflix?

Qualitative research is called for — always. A few tricks of the trade we’ve learned over the years can help. One of the best is the “Give Me 100 Random Names” trick.

Give Me 100 Random Names

One of the best and easiest ways to separate truth from fiction in numbers is to ask the media outlet for a random sample of the audience comprised of 100 records. You would be shocked to find out what happens when you ask this question.

Besides hearing, “No one ever asked me that before,” you will receive either a YES or NO.

Both responses are tells.

Here is one example of a typical exchange when the end result is a NO from a media outlet claiming 300,000 “total readership” (whatever that is).

Us: “We’d like to examine your circulation closer since it’s not audited, and even if it is audited, we’d like a peek. We need 100 random records. And we don’t need the entire records – just the name of the company, the person’s title, address, etc. but we’d like the record as complete as you are willing to share.”

Media Outlet: “Unfortunately we have a policy of not sharing those. I’m sorry I’ve had that request before and our Publisher does not allow the release of any records even states and contacts. I know you are trying to get an idea of the base, all I can give you at this point is categories.”

Us: “Please rethink it…100 names out of your thousands of circulation isn’t much to ask. Like I said in the request, keep the name…just give me the organization, title and address. Please note: you are not audited.”

Media Outlet: No response back.

I wrote about this once in depth in a piece called Conversation from Hell. It’s one of my most-read articles. The media outlet, when they answer NO to providing 100 random names, is always – always – hiding something. I’ve never been able to find out exactly what they are hiding, but I have my suspicions.

On the other hand, when the response is a YES, it works for both of the buyer and the seller. We get a great peek at the audience, and even sometimes, more than we bargained for.

One time were purchasing names in the security market and we wanted a sample. We were very specific about what we wanted in our random request. The sales rep, however, found it difficult to understand. After repeated email exchanges and phone call discussion, he became extremely frustrated. The next day, a file showed up in my email: he sent us his entire circulation and said, “You pick the ones you want.”

We did. You can guess what we did with the file once we finished our selection.

For example, we called up one name from the random file we were given asking why they read the magazine. “I don’t,” the person said. “My boss does. Then he just tears out the pages of ads he wants more information on and I do the rest.” The conversation lasted 20 minutes and we learned an awful lot about that market.

In another instance, we called up one of the people who had taken a CEU course for our client. The record said she was the interior designer for Netflix. I picked her out of list of 400 and asked myself, “how many buildings does Netflix own that they need an interior designer on staff?”

I called and found out she was the lead set designer for House of Cards. They had used my clients’ lighting product on the set. My client reported to the Board of Directors the next day and was admired greatly.

You see, conversations are the best way to engage and learn and qualify what you are aiming at – not just looking at numbers. We forget that behind every number is a person who may just be the one we want to hit. Or not.

If you just use the numbers to buy media, you’re flying without radar. And you know what will eventually happen when you do that.

6 thoughts on “The Problem with Numbers in Buying Media”