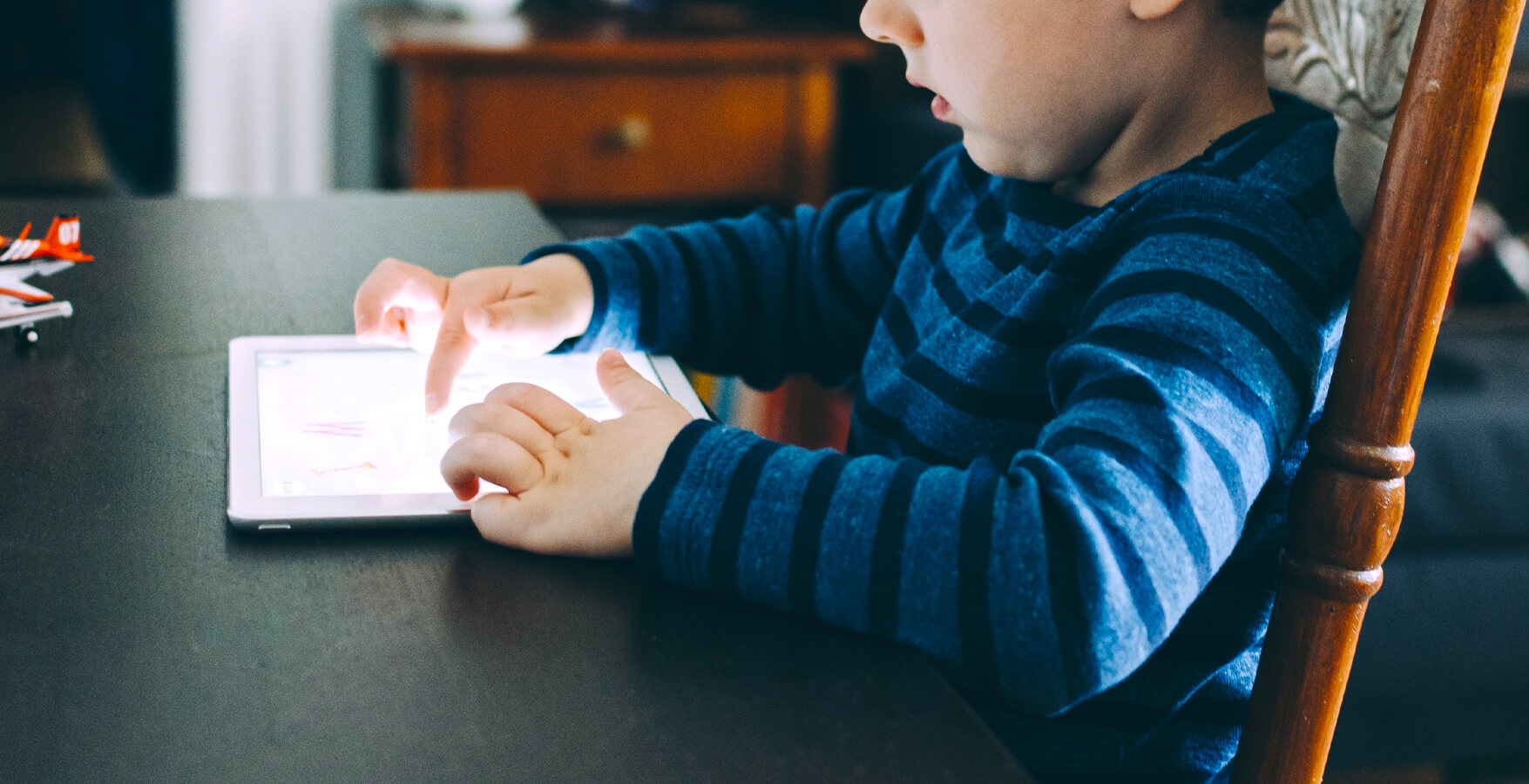 One of the great things about the COVID-19 is that you get to be online with people you’d normally never have time to meet.

BoF (The Business of Fashion) is one of my best-kept secrets in understanding B2B and B2C trends. Recognized around the world for its point of view on the $2.5 trillion global fashion industry, BoF was founded by Imran Amed, a very smart guy. I was learning from his content when it was free as he built up his audience, and now, as a paying professional member, I use it to better understand the world within which I operate: the one infected by COVID-19.

Gen-Z Shopping: Separating Myth from Reality, held on October 15, was one of those pieces of content – a discussion panel that promised to “put some of the widely accepted attributes of Gen-Z under the microscope.” I thought if I could learn more about this group, I could try to understand their invasion into our thinking and behaviors. It is one of my gifts to realize that not everyone thinks like me, and by continuing to learn how others think, I’m able to serve my clients better.

One of the problems with slotting people into buckets like GenZ, however, is that people don’t behave necessarily in the bucket you place them in. Dostoevsky said a long time ago, “Man is not a math formula; sometimes it’s just nice to break things.”

But, forget buckets for a while. Think of the situation as a study of just people — regardless of age – with an open mind. Don’t let appearances or anything else shape your judgement. Just listen.

One of BoF’s secrets is that if you don’t catch the webinar live, you can get a second chance to catch it. In other words, they make their product more valuable extending its distribution. You can view the entire hour here for yourself.

Featured were Molly Logan, Founder, Irregular Labs; Tiffany Zhong, Chief Executive, Zebra IQ; and Lauren Sherman BoF’s Chief Correspondent who hosts many of these events. The first clue I had on how exciting it would be is that I never heard of panelists’ companies. That made me realize I will learn something immediately! 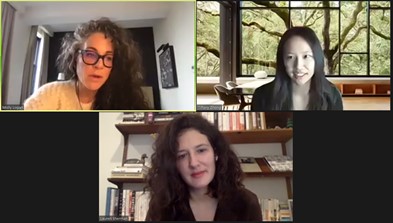 The discussions (led by Sherman) took on a pointed purpose: to understand the topic at hand, the GenZer.

I type pretty fast, so I learned a lot during this webinar as I typed feverishly. Here are some of the salient points.

In other words, GenZ is leading, not following. I was learning a whole new way of talking and thinking.

One of the questions was, “As teenagers become more and more powerful, is the GenZer the most powerful to emerge? From influence point of view?”

The verdict came in powerfully: 100% Yes.

In these webinars, I’m always amazed when they bring up websites I’ve never heard of in candid, matter-of-fact tone, suggesting, “well, everyone knows what I’m talking about don’t they?”

I remember when we had an intern in the office a few years back. I had just learned about vice.com and Shane Smith, its founder, prior to working with the intern (read my blog Rorschach Test: Who Is Robert Redford?). She was surprised and pleased I knew about vice (after all, I’m a boomer). That’s the thing about learning, being open: you are always rewarded with remarkable discoveries. In this case, Depop.

Depop was a word that flowed effortlessly from their lips like they were talking about ABC or CBS from my generation. The beauty of this webinar is like my intern who carried her phone with her everywhere she went, you can quickly look up what they are talking about on your laptop and discover just how little you know (or how much you do know).

Like Zhong’s company (Zebra IQ), Depop isn’t a website: it’s an app. “Depop is the fashion marketplace app where the next generation comes to discover unique items,” says the app site. Forget the grammar mistake in that first sentence and finish their thought: “With a global community buying, selling and connecting to make fashion more inclusive, diverse and less wasteful. This is what transforming fashion looks like.”

Who really knows how successful it is working, but it’s working with GenZ. And who cares that it’s just in the UK; or is it? Just hit the shop now button and see what happens for yourself! To think there are probably hundreds of sites like this!

The panel’s reaction to COVID-19’s impact mirrored what I heard in other webinars from BoF and elsewhere: No one knows what’s going on. Instability. Nothing is different, yet more proof the ground isn’t stable.

That doesn’t seem to bother the GenZer. In fact, instability seems to typify their world view.

Words have always been important (see my blog The Intended and Unintended Consequences of Words). For example, I really never “worked.” I always enjoyed what I do, so I never defined it as “work.” I never had a job. Or a career. I just “taught” or “learned” or “created.” Our business cards in my company carry no titles. There are reasons for that I can go into sometime if you are interested. But the main was, equality: we’re all here to serve our clients. We report to each other. We back each other up.

The webinar on GenZ brought this importance of defining words back to my attention zone: “Creativity is backed into everything GenZ does.” This is why apps like Tik Tok are so unique, so different than Instagram. “How do you harness this attitude?”

They can’t predict what will happen on Tik Tok, but it was clear from the discussion that brands have less and less control when dealing the GenZ. They will have to relegate that control to the creators on those platforms, which is actually a dangerous proposition for brands (for anyone) that have been used to setting the tone and developing volumes of graphic and brand guidelines on the usage of their brand identities. I asked myself, “Is that really what we want to do?”

Another question was: “We talk about brands being customer centric. Do you think Tik Tok is a balance of power between creator and consumer shifting toward consumer to drive what is happening?”

In the Q/A section, one of the questions was what brands are “killing it” now? The group said Nike. “They understand culture so well,” one of them said. Adidas is another.

Another question was the meaning of Brick and Mortar versus online stores to Gen Z? They responded that the GenZer likes novelty, a sense of surprise in the physical domain. But, the online must work hand-in-hand with the store.

“Customer service is hugely overlooked,” said one. The physical store and online store are separate channels of engagement. Depending on the product or lifestyle you are selling, one may mean more than another. It may make sense to “pop up” in different cities. Then again, it may not.

GenZers are not objects insisted Zhong. “We are humans. If you appeal to us for the sake of monetizing us, it’s not going to work. What does your brand stand for? What do consumers want?”

The example she used was coffee. She referred to Emma Chamberlain. She loved coffee so much she started her own brand. Last month she rebranded it and launched new products.

The meeting allows questions, so at that point, I couldn’t resist: “I love coffee,” I wrote. “I just looked up Emma Chamberlain coffee and the opening page has the headline, ‘Zero bullshit. Just Coffee.’ You’d never see a headline like that except with a GenZer to a GenZ audience…am I right?” I didn’t get a reply, but I am sure I was right.

I asked another earlier: “If the fundamental way GenZ sees the world ‘so different’ as Logan suggested…what IS the way they see it? And how is it different? They used to say the earth was flat, but we found out it was round. I’d like to know how GenZ views the world — flat or round or…?”

Of course, the webinar sort of answered this question (i.e., it depends on the GenZer looking at it). But, without a commonality of definitions, we’re doomed. If we continually stand on quicksand, who’s to say up is up and down is down?

Humpty Dumpty Sat on a Wall

Lewis Carroll knew this. In Through the Looking-Glass, Humpty Dumpty and Alice are having a discussion. He says to her, “And only ONE for birthday presents, you know. There’s glory for you!” Alice replied, “I don’t know what you mean by ‘glory.” Humpty smiles and tells her, “Of course you don’t—till I tell you. I meant ‘there’s a nice knock-down argument for you!” The remainder of the conversation makes my point:

The essence of communication is just that: do we use language that everyone kind of understands or do we make words mean what we want them to mean and to heck with everyone else? The essence of communication is to be understood. This is why simple is always better. As a great Saint once said, “Grant that I may not so much seek to be understood as to understand.”

I think I learned GenZ want to be understood above everything else. “Know thyself” just might be a good place to start.

Like I said, I learned a lot. Tell me what you think! Look forward to the dialogue. And many thanks to BoF!